The quick decision for a post-poll tieup with the JD(S) has augured well for the Opposition unity to take on the BJP in the Lok Sabha 2019 elections. 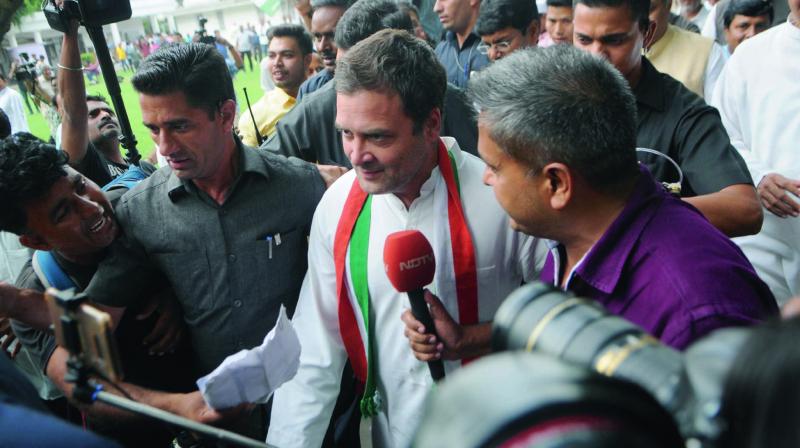 New Delhi: The resignation of the 55-hour long BJP chief minister B.S. Yeddyurappa in Karnataka has come as a big morale booster for Congress president Rahul Gandhi. After the results started pouring in on May 15, Mr Gandhi was being criticised for the dismal performance of his party.

Infact, it was evident that the Congress will be reduced to a three-state party. But within three days, Mr Gandhi along with alliance partner JD(S) has turned the tables on the Narendra Modi-Amit Shah juggernaut in the southern state of Karnataka. Immediately after the resignation of Mr Yeddyurappa, Mr Gandhi said that the Congress is ready to work with the Opposition to defeat the BJP.

The quick decision for a post-poll tieup with the JD(S) has augured well for the Opposition unity to take on the BJP in the Lok Sabha 2019 elections. The icing on cake came when the Congress ceded space to the junior partner by asking the JD(S) to lead the alliance in Karnataka. Mr Gandhi, who had earlier advocated the idea of strengthening the party organisation by going solo in polls, now realises that to beat the BJP, there needs to be a single Opposition candidate. The urgency stems from the fact that the Congress feels that if the BJP is not stopped in 2019, it may not find itself in a fighting position later.

Significantly, the development in Karnataka has been hailed by most of the Opposition parties with whom the Congress is keen on having a truck for the 2019 Lok Sabha elections. TMC chief and West Bengal chief minister Mamta Banerjee tweeted, “Democracy wins. Congr-atulations Karnataka. Co-ngratulations DeveGowda Ji, Kumaraswamy Ji, Congress and others. Victory of the ‘regional’ front.”

The Left parties also hailed the move. After five consecutive electoral defeats after Mr Gandhi became the president of the Congress, Saturday’s turn of events in Karnataka have come at an opportune time for Mr Gandhi.

It is indicative of the fact that the Congress is ready to fight back under Mr Gandhi.