India   All India  20 May 2018  If you want a successful career in politics, stay single, says MP minister
India, All India

If you want a successful career in politics, stay single, says MP minister

Madhya Pradesh energy minister Paras Chandra Jain said, 'Only those who are unmarried should be made legislators and ministers'. 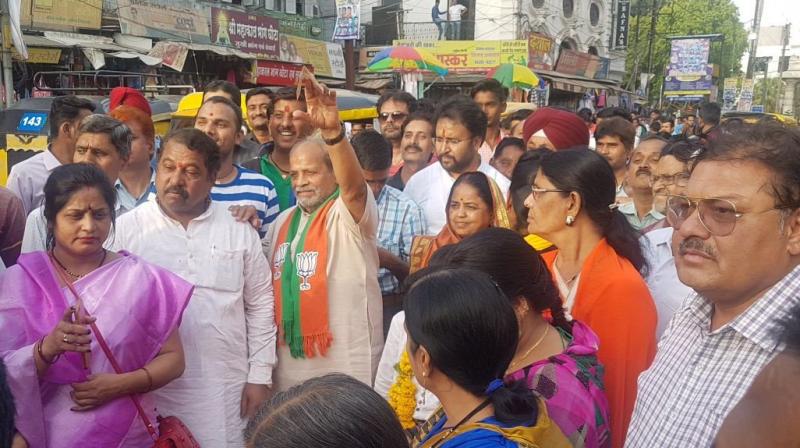 Paras Chandra Jain seen on video making these remarks at an event in Khandwa, around 250 kilometres from state capital Bhopal. (Photo: Twitter/@parasjainonline)

New Delhi: If you want to have a successful career in politics then stay single, said a Madhya Pradesh minister Paras Chandra Jain. Jain, who is the energy minister in Shivraj Singh Chouhan-led BJP government, also said: “Only those who are unmarried should be made legislators and ministers".

The minister, who himself is married, is seen on video making these remarks at an event in Khandwa, around 250 kilometres from state capital Bhopal.

According to a report in NDTV, the minister further explained why unmarried people had a better chance at being successful in politics. He said that once people got married, they started worrying about family.

"Then the family grows in size. Then they start worrying about weddings," he said, as he laughed away. "But those who have nothing to worry about, they only worry about Bharat (India)," Jain said.

"If someone has done work to increase respect of our country abroad, it is the Prime Minister of our country, Narendra Modi," NDTV quoted him as saying.

Jain is facing allegations of illegally favouring a firm owned by his family. It is reportedly said that Infinit Energy Solutions was given contracts worth crores, in contravention of rules, to install rooftop solar panels in the state's Ujjain division. The company is owned by the minister's daughter Swati Jain and daughter-in-law Puja Jain.

Denying the allegations, Jain has said that his daughter and daughter-in-law formed the company when he was the state's education minister. "Running a business is not a crime... They never got all the tenders," the minister added.