India   All India  20 May 2018  Chhattisgarh: 6 jawans killed, 1 injured in IED blast in Dantewada
India, All India

CRPF troops have been rushed to the spot. 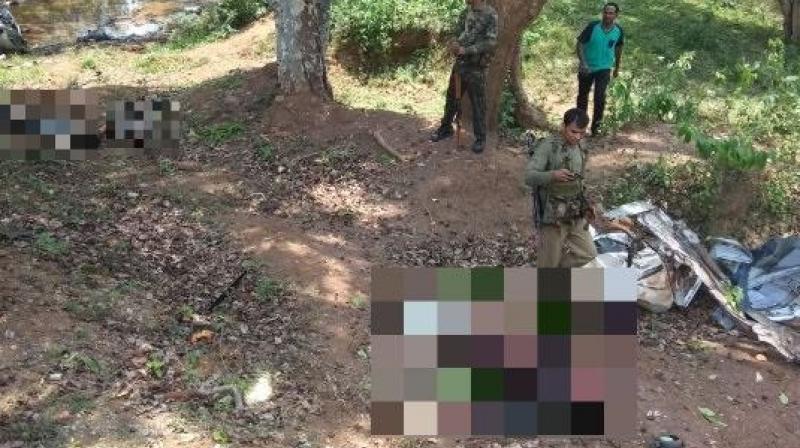 The dead jawans were travelling through Cholnar village in a police vehicle which blew up after hitting an IED device. (Photo: ANI/Twitter)

New Delhi: At least six jawans were killed and one was injured in an IED blast on a police vehicle in Dantewada’s Cholnar village.

The dead jawans were from the Chhattisgarh Armed Force and District Force and were travelling through Cholnar village in a police vehicle which blew up after hitting an IED device.

Troops of the Central Reserve Police Force (CRPF) were rushed to the spot where the attack took place.

"6 jawans dead, 1 injured according to preliminary investigation. Search operation is being held by security forces. Blast could be of high intensity, but the exact details will come after the investigation," said Sunder Raj, DIG Anti-Naxal Operation on Dantewada attack.

Union Home Minister Rajnath Singh expressed grief over the incident and said, "It is a sad incident where 6 jawans were killed in an IED blast in Chhattisgarh's Dantewada. The naxals targeted the jawans by planting IED rather than fighting them face to face."

Chhattisgarh Chief Minister Raman Singh said, "Naxals are against development and they usually target our soldiers. We will strongly retaliate against such incidents."