India   All India  20 May 2017  UP: Martyr's family on fast rejects offer of appointment with CM
India, All India

UP: Martyr's family on fast rejects offer of appointment with CM

The family members on Friday sat on an indefinite fast, demanding the chief minister to pay a visit to their Pansukha Milak village. 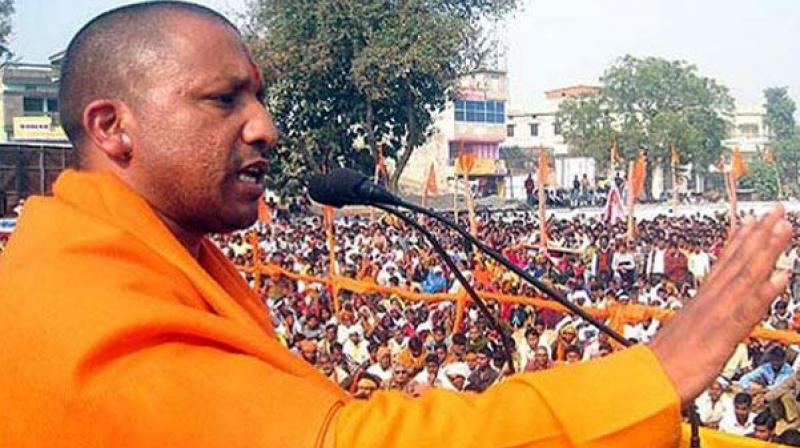 Sambhal: Family members of Sepoy Sudesh Kumar, who was killed last year in firing by Pakistani troops along the LoC in Jammu and Kashmir, on Saturday rejected the administration's offer to fix an appointment with the Chief Minister Yogi Adityanath during his Moradabad visit on Sunday tomorrow.

The family members on Friday sat on an indefinite fast, demanding the chief minister to pay a visit to their Pansukha Milak village.

Stating that the condition of Kavita Kumari, the widow of Sudesh Kumar was not good, Manoj, the brother of the killed sepoy, said district unit presidents of the BJP and the SP, Rajesh Singhal and Firoz Khan respectively, also met the family.

"Senior officials, including the SP, the ADM, the SDM and the CO on Saturday met us with the offer of fixing an appointment with the Chief Minister during his Moradabad visit tomorrow but we are firm that we will not end our indefinite fast till he visits our village," Manoj said.

Additional District Magistrate RP Yadav confirmed that the family was urged to end the fast and told that a meeting of two of them can be fixed with the chief minister during his visit to Moradabad on Saturday but they have turned it down.

Officials have been directed to arrange for a team of doctors to check the medical condition of the family members on fast and deploy an ambulance in the village, the ADM said.

The family members of Sudesh, who laid down his life on October 16, 2016, sat on an indefinite fast claiming that despite promises by the BJP leaders, none of them visited the family again.

The sepoy's mother Santosh Kumari had said if the chief minister did not visit them, she will commit suicide, while his wife Kavita Kumari had alleged that many politicians had come and made various promises but none was fulfilled.

Sudesh's brother Manoj Kumar had said, "We were promised sanction for a petrol pump, construction of a road and a memorial in the village and renaming a village primary school in Sudesh's name by the BJP leaders, but none of the promises was fulfilled."

Another brother of Sudesh, Anil Kumar, said they have lost trust in local BJP leaders and that was why they were demanding that the chief minister should visit them.