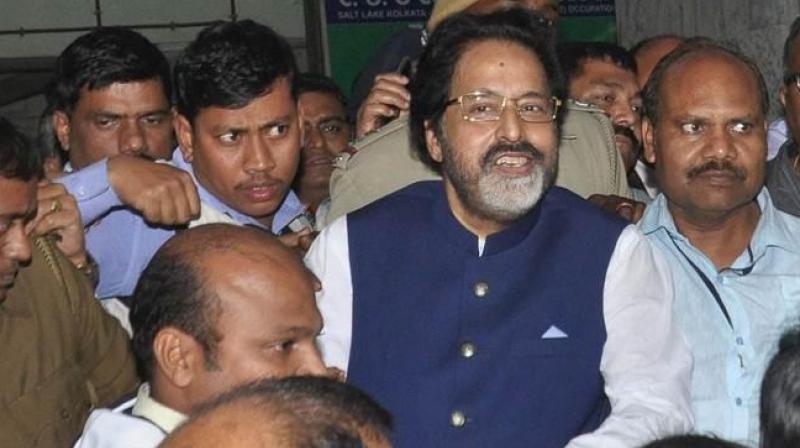 The court asked the MP to surrender his passport and submit a Rs 25 lakh bank guarantee at the special CBI court in Bhubaneswar. The high court approved the conditional bail of Sudip after two sureties of Rs 50,000 each were produced in the court.

Elaborating on the development, Mr Bandyopadhyay’s counsel Sidharth Das said that while granting the bail, the court also asked the TMC MP to cooperate with the CBI during the probe and be present at lower court during hearings.

During the hearing, the counsel, Mr Das, argued that Sudip’s bail plea should be considered by the high court, as he was an elderly person and keeping unwell these days. “Besides, Sudip is no way involved in any direct transactions with Rose Valley. Neither he was a director in the company, nor was into its businesses,” Mr Das told the court.

The TMC MP is currently lodged in Jharpada Special Jail, Bhubaneswar, after his arrest by the CBI in connection with the multi-crore Rose Valley chit-fund scam on January 3 this year.

Mr Bandyopadhyay is a four-time Lok Sabha member and minister of state for health and family welfare in former Prime Minister Manmohan Singh’s cabinet between 2011 and 2012. One more TMPC MP, Tapas Paul, who was also arrested in the same Rose Valley Group chit fund scam, is currently lodged in Jharpada jail here.

Rose Valley Group has allegedly defrauded investors from across the country of more than Rs 17,000 crone’. On April 18, Ms Magmata’ Banners’ had flown to Bhubaneswar’ to meet the two MPs who were undergoing treatment at a private hospital here.