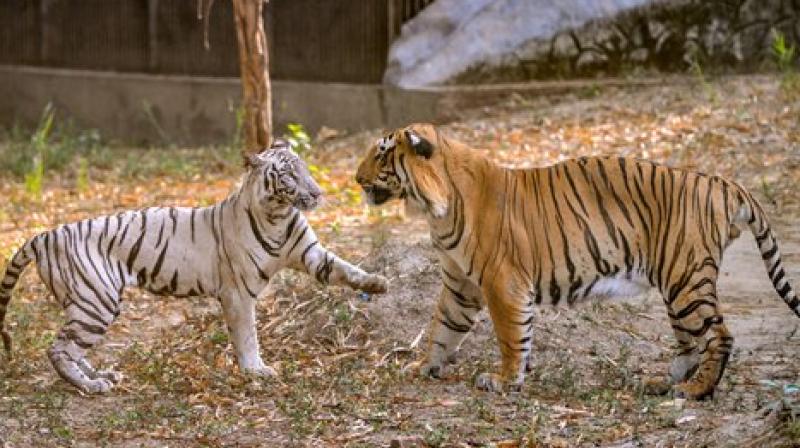 Hyderabad: The past one and a half months have seen about a dozen tigers dying in different reserves in the country. Five persons are also reported to have lost their lives in human-wildlife interactions during the same period in the tiger reserves.

A total of 27 tiger deaths have been reported across the country since January 1 this year.

Almost all cases relating to human loss of life came from the Pench Tiger Reserve, with one from Chandrapur landscape in Maharashtra.
Tiger deaths have been reported mostly from Pench tiger reserve that spreads over Madhya Pradesh and Maharashtra, with big cat deaths also reported from Mudumalai, Annamalai, and Wayanad tiger reserves in Karnataka, Tamil Nadu, and Kerala.

“Such cases are usually reported more during summers because this is the season for collection of tendu leaves and mahua flowers in the forests. People going into the forest do come across tigers and, sometimes, these result in interactions between them,” he said.
Dr Nayak said some of the tigers could have been poisoned by people. All the deaths are being investigated, he added.

Five of the tiger deaths are reported from south India, including one clear case of poaching in the Waynad tiger reserve where a tiger was found dead caught in a wire snare.