India   All India  20 Apr 2017  Every Indian a VIP, beacon culture should have gone long ago: Modi
India, All India

Every Indian a VIP, beacon culture should have gone long ago: Modi

He was responding to a tweet by a follower who described as 'historic' the decision to prohibit all vehicles. 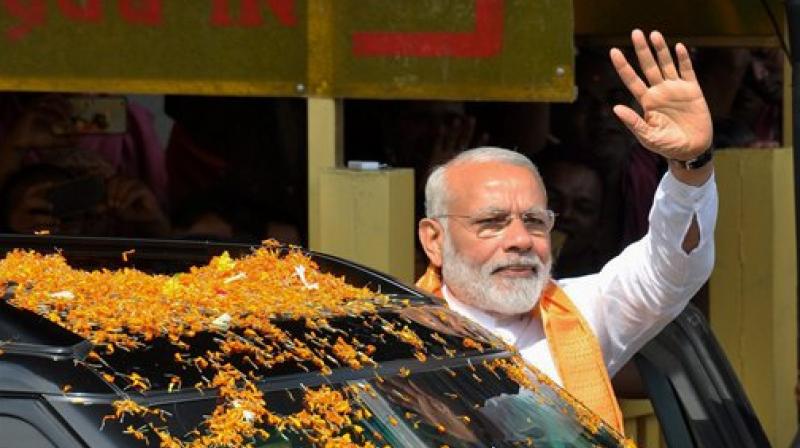 New Delhi: Every Indian is a VIP and the culture of beacon should have gone long ago, Prime Minister Narendra Modi said on Wednesday night, hours after deciding to bar their use by the VVIPs, including the President, the Prime Minister and the Chief Ministers.

"..These symbols are out of touch with the spirit of new India," Modi said.

He was responding to a tweet by a follower who described as "historic" the decision to prohibit all vehicles, except emergency vehicles like ambulances and fire brigade, from using the beacon lights from May 1.

The vehicles with beacon lights, which are seen as a symbol of VIP culture, "have no place in a democratic country", the government said after the decision was taken at a Cabinet meeting.

"It should have gone long ago. Glad that today a strong beginning has been made," Prime Minister said in response to another tweet.

Finance Minister Arun Jaitley, while briefing the media about the Cabinet decisions, said the matter was under discussion for some time and "the Prime Minister took the decision and informed the Cabinet."

He said amendments will be made soon in the Central Motor Vehicles Rules to give effect to the decision.

"After May 1, no one will be able to put red light atop his/her vehicle. Blue light will be used only for emergency vehicles in the country...Neither the states nor the Centre will have power to give any special permission (for use of beacon lights)," Jaitley said.