Under NDA regime, the agency acted independently on appeals filed by UPA govt in January 2011. 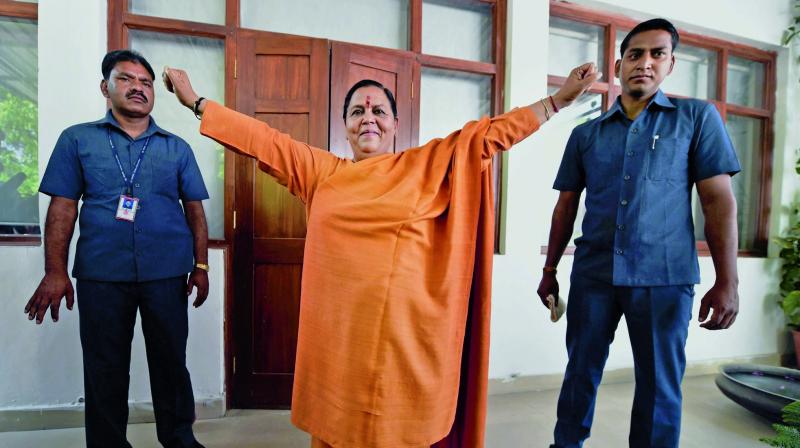 New Delhi: Unlike many political cases where CBI has acted as “a caged parrot” to the party in power, in the case of Babri Masjid demolition, the CBI under the NDA government vigorously pursued the appeals filed by the UPA government in January 2011. In doing so, the CBI seemed to have acted independently to bring a logical end to the case, which has huge political overtones.

It may be recalled that soon after coming to power, the NDA government did not prefer an appeal against BJP president Amit Shah, after he was discharge by a trial court in Mumbai in the “Sohrabuddin fake encounter case.”

But in this case, the CBI maintained that the criminal conspiracy of felling down of the disputed structure of Ram Janam Bhumi/Babri Masjid was commenced by Mr Advani from 1990, when he commenced the “Rath Yatra” and it was completed on 6/12/1992. The CBI said Mr Advani and other BJP leaders at different times and at different places made schemes of criminal conspiracy of demolishing the disputed structure.

The CBI pointed out that the then chief minister of Uttar Pradesh, Kalyan Singh, had given assurance before the National Integration Council for not demolishing the disputed structure and the Supreme Court had permitted for only symbolic “kar sewa” being performed. Mr Kalyan Singh had also said that he will fully ensure the protection of Ram Janam Bhumi/Babri Masjid structure and it will not be felled down, but he acted in opposition to his assurances.

The CBI said order was not given Mr Kalyan Singh for utilising the Central Force. From this, it seems that prima facie, he was a necessary participant in the criminal conspiracy. It said the offence of instigation, facilitation, the actual demolition of the disputed structure on December 6, 1992, the continuous assault on the mediapersons all form a single connected transaction and might also be a concerted conspiracy under Section 120B of the Indian Penal Code.

The CBI said the error in the judgments of the trial court and the high court had vitiated the fundamental principles of criminal jurisprudence that in respect of a continuous criminal act which might attract various offences of the IPC, the said transaction had to be viewed as a whole. Mr Advani and others in their response blamed the UPA government for filing the appeal after a considerable delay and said it was purely a political agenda.