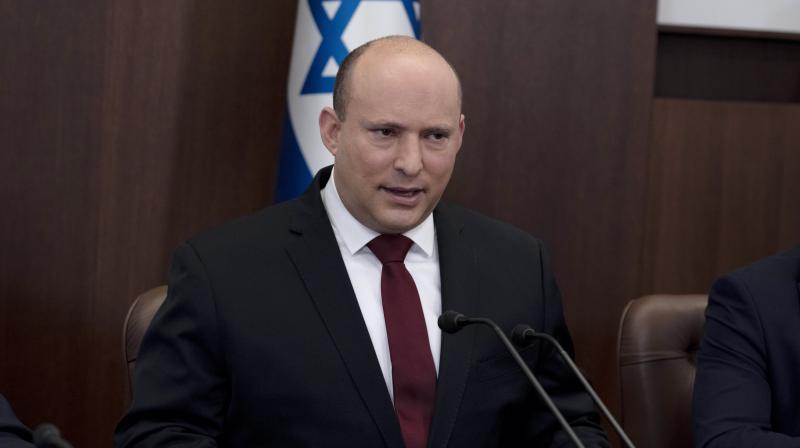 New Delhi: Israel on Sunday announced that its Prime Minister Naftali Bennett would pay a visit to India on April 2 — a visit that is considered to be significant in the wake of the West Asian nation’s strategic ties with New Delhi and also because of the altered geopolitical situation in the world after Russia attacked Ukraine.

India and Israel, which marked the 30th anniversary of full-fledged diplomatic ties this January, have a close defence relationship as Tel Aviv had supplied several state-of-the-art weapon systems to India and are the members of a four-nation strategic arrangement in West Asia, dubbed as the middle-eastern Quad. The United States and the United Arab Emirates are the other two members of the grouping.

Another aspect for which Bennett’s New Delhi visit would be keenly tracked by strategic observers his talks with Prime Minister Narendra Modi about the Russia-Ukraine war. India is a time-tested friend of Russia, while the Israeli PM had recently made efforts to broker a truce between Russia and Ukraine.
In a statement issued on Sunday, the Israeli Prime Minister’s Office (PMO) said, “Prime Minister Naftali Bennett will pay his first official visit to India on Saturday, 2 April 2022, at the invitation of Indian Prime Minister Narendra Modi. The leaders first met on the sidelines of the UN Climate Change Conference (COP26) in Glasgow last October, at which Prime Minister Modi invited Prime Minister Bennett to pay an official visit to the country. This visit will reaffirm the important connection between the countries and the leaders, and will mark the 30th anniversary of the establishment of relations between Israel and India.”

The Israeli PMO added, “The purpose of the visit is to advance and strengthen the strategic alliance between the countries, and to expand bilateral ties. In addition, the leaders will discuss the strengthening of cooperation in a variety of areas, including innovation, economy, research and development, agriculture and more.”

Israel, which is a key partner of India, also want to collaborate in areas like agriculture and climate change.

“The relations between our two unique cultures — the Indian culture and the Jewish culture — are deep, and they rely on deep appreciation and meaningful collaborations. There are many things we can learn from the Indians, and this is what we strive to do. Together we will expand our cooperation to other areas, from innovation and technology, security and cyber, to agriculture and climate change.”

Bennett was elected the Prime Minister of Israel after a long rule by Benjamin Netanyahu.