BJP MLA from Curchorem constituency in South Goa district Nilesh Cabral and many protesters were injured in the lathicharge, a police officer said. 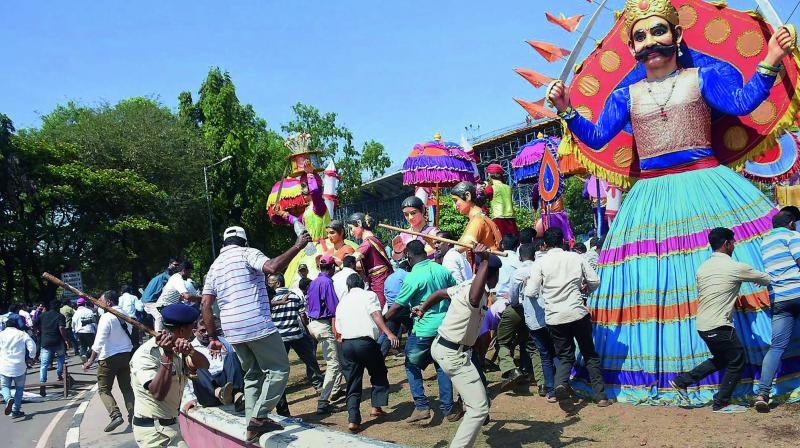 Panaji: The police on Monday baton-charged mining workers who laid siege to two gat-eway bridges to Panaji in a bid to march into the city to protest the Supreme Court-imposed ban on iron ore extraction in the coastal state.

BJP MLA from Curchorem constituency in South Goa district Nilesh Cabral and many protesters were injured in the lathicharge, a police officer said.

Thousands of mining and allied industry workers had gathered in the morning at the Kadamba bus stand at the city’s entrance from where they wanted to march towards the Azad Maidan, a distance of two km.

However, anticipating a law and order issue, district collector Nila Moha-nan stopped the agitators from entering the city.

The protesters, who had come from different villages of the iron ore-rich mining belt of North and South Goa districts, then blocked the main entry roads to the state capital, including the two bridges on the Mandovi river, leading to heavy traffic snarls and chaos.

The bridges are important links connecting the North Goa tourism belt with South Goa where facilities such as the airport and railway stations are located.

As the agitators continued to stay put, agriculture minister Sudin Dhavalikar of the MGP, his Cabinet colleagues Vijai Sardesai and Jayesh Salgaoncar, MLAs Nilesh Cabral and Dipak Pawaskar rushed to meet the agitators and tried to pacify them.