Naik was elected to Lok Sabha in 1984 from North Goa constituency and twice to Rajya Sabha later. 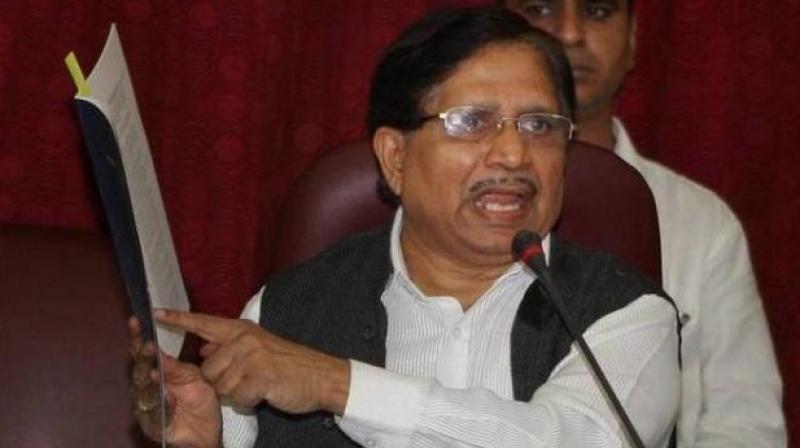 Naik said he was turning 72 and wanted the young to now lead the party. (Photo: PTI)

Panaji: Goa Congress President Shantaram Naik on Tuesday resigned from his post, saying he was "inspired" by Rahul Gandhi's speech at the party plenary about making way for younger leaders. Naik, 71, is the first senior Congress leader to resign after Rahul Gandhi announced on Sunday in his concluding speech that he wants to give the younger generation a chance to come forward and lead the party.

During the session, the entire stage was empty and only those who were delivering speech used to go up and do it from the podium, he said.

"Everyone including Sonia Gandhi was off the dais," Naik told PTI.

"When Rahul Gandhi went to deliver the speech, he said the stage is kept empty so as to let the younger generation take over the reins. My resignation is to make way for the young leadership to take over," the former MP said.

Naik was elected to Lok Sabha in 1984 from North Goa constituency and twice to Rajya Sabha later. Congress, with 16 legislators, is currently the main opposition in the Goa Legislative Assembly.

Naik said he was turning 72 and wanted the young to now lead the party.

"I only want to suggest that somebody who has put in at least 10 years in the party and has love and commitment for the party should be given a chance to come forward and lead the party in the country," he said.