NASSCOM, which is also in the list, is the apex body for the 154 billion dollar Indian IT BPM industry. 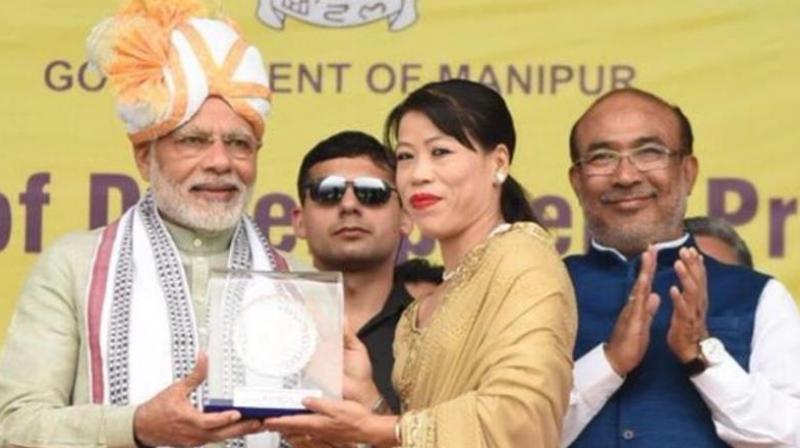 Mary Kom Regional Boxing Foundation was registered and established as a charitable trust in 2006. (Photo: Twitter)

New Delhi: An NGO set up by Olympic medallist and Rajya Sabha MP Mary Kom, Rajiv Gandhi Charitable Trust, and the apex body for India’s IT industry NASSCOM are among 42 organisations which were probed by the Home Ministry to find whether they allegedly violated foreign funding laws.

Rijiju said, replying to a written question in Lok Sabha, that audit and inspection had been completed in cases of 21 other NGOs including Shakti Sustainable Energy Foundation, Delhi, NASSCOM, Delhi and Public Health Foundation of India.

The minister said the NGOs have received foreign funding and the inquiry was initiated under the Foreign Contribution Regulation Act.

Mary Kom Regional Boxing Foundation was registered and established as a charitable trust in 2006. It was a pioneering initiative by 2012 London Olympics Bronze medalist, Padma Bhushan awardee and nominated Rajya Sabha MP MC Mary Kom and her husband K Onler with the aim to promote the boxing amongst underprivileged youth in Manipur and other parts the Northeastern India.

The Rajiv Gandhi Charitable Trust (RGCT) was established in 2002 to address the development needs of the underprivileged of the country, especially the rural poor. It is the largest social mobilisation programme for women’s empowerment in Uttar Pradesh with its work impacting 42 districts.

NASSCOM, a not-for-profit industry association, is the apex body for the 154 billion dollar Indian IT BPM industry.

The Public Health Foundation of India (PHFI) is a public private initiative that has collaboratively evolved through consultations with multiple constituencies including Indian and international academia, state and central governments, multi & bi-lateral agencies and civil society groups.

The Centre for Internet and Society, a Bengaluru-based NGO which had reportedly flagged breach of Aadhaar data, was among the 21 NGOs which were served with questionnaire.