Clarifying that he was not making any excuse to travel to India, Choksi claimed that his passport is suspended. 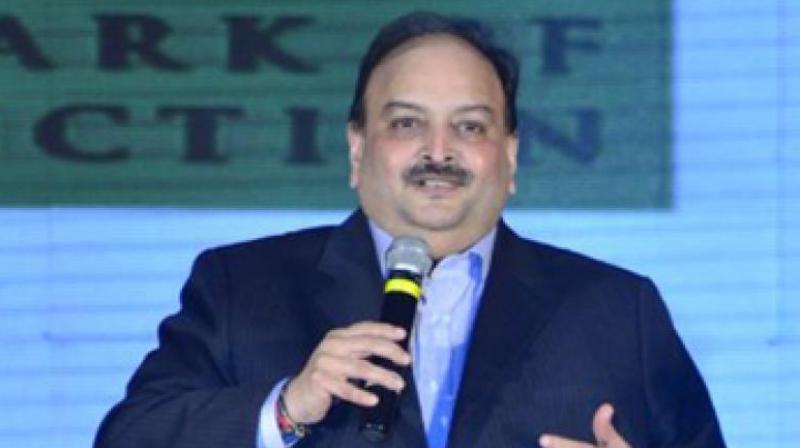 Choksi said he was unable to travel to India due to his persisting health condition. (Photo: File)

New Delhi: Gitanjali Gems Chairman and Managing Director Mehul Choksi, who is a co-accused in multi-crore Punjab National Bank (PNB) scam on Tuesday said that 'exaggerated allegations by multiple investigating agencies have left him completely defenceless and that he feared for his safety to return home.'

"I further inform that requiring me to join the investigation, though leaving me helpless and information less, by various actions taken by multiple agencies is unfair. The manner in which the allegations have been exaggerated has left me completely defenceless," he said in a statement.

Choksi further said he was unable to travel to India due to his persisting health condition.

"I am extremely held up in my business abroad and am working hard to resolves the issues it is facing due to the unnecessary closure of the business in India due to untenable allegations. Further, I am unable to travel to India due to my persisting health condition," Choksi said.

Hitting out at media, he said it was blowing every issue out of proportion.

"I reiterate that I am abroad and have earlier also responded to your notices. Surprisingly, the issues raised remain unaddressed, making my fear of safety rise to extreme levels. Media continues to conduct a trial by itself and blow every issue out of proportion," he stated.

Clarifying that he was not making any excuse to travel to India, Choksi claimed that his passport is suspended.

"Regional Passport Office (RPO) has not communicated with me and my passport remains suspended. I have the deepest respect for your offices and assure you that I am not making any excuse, whatsoever to travel to India," he added.

According to the sources in the Ministry of External Affairs (MEA), the passports of Choksi and diamantaire Nirav Modi, his nephew, has been revoked, as they have failed to respond to the MEA's show cause notice.

Modi and Choksi, who had acquired letter of undertakings (LoUs) to avail credit from various sources, are wanted in India for their alleged involvement in siphoning off money from the Punjab National Bank (PNB) to the tune of more than USD 1.8 billion.

The scam, allegedly started in 2011, was unearthed last month, after which the PNB officials reported it to the concerned agencies.