Two of the then executive directors of Canara Bank also held for cheating, forgery in the alleged loan default of over Rs 68 crore sanctioned in 2013. 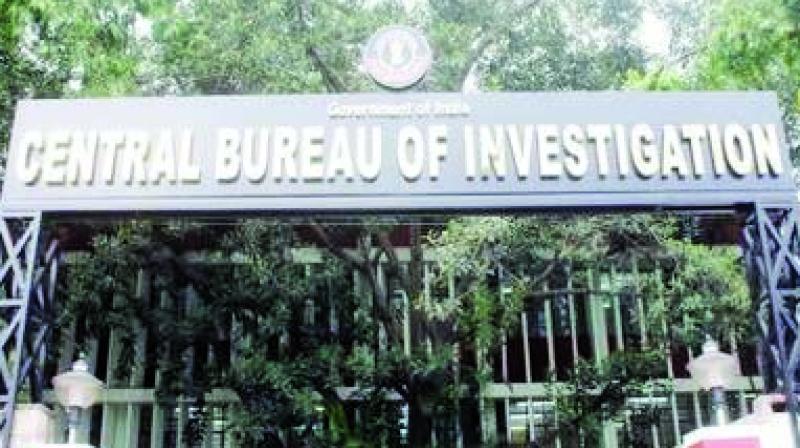 The CBI had earlier in 2016, registered a case against Occasional Silver Company limited and its directors.

New Delhi: The CBI on Monday charged former chairman-cum-managing director R.K. Dubey and two of the then executive directors of the Canara Bank of cheating and forgery in the alleged loan default of over Rs 68 crore sanctioned in 2013.

Sources in the agency said the CBI filed chargesheet in the Tis Hazari Court, against Dubey, the then Executive Directors (Ashok Kumar Gupta and VS Krishna Kumar), and two directors of the Occasional Silver Company Ltd (Kapil Gupta and Raj Kumar Gupta) in the case. The agency alleged that Guptas knew Dubey and used the connection in getting loans. It is alleged that the CMD directed subordinate officers to favour the Kamala Nagar-based company in disbursing the loan, they added. The loans were disbursed within three months of being sanctioned in December 2013, sources said.

The loans became Non-Performing Assets in September, 2014 within few months of being disbursed, they said. The accused allegedly cheated the Canara Bank to the tune of approximately Rs 68.38 crore. The CBI had earlier in 2016, registered a case against Occasional Silver Company limited and its directors. “It was alleged that the said private company, dealing in wholesale and retail trading of silver jewellery and articles, diamond, gold jewellery, imitation jewellery, gift items, crockery items etc. had cheated Canara Bank to the tune of Rs 68.38 crore through its accounts at Kamla Nagar, New Delhi branch of the Canara Bank”, said the agency in its probe report.

The probe agency revealed that there was an alleged nexus between the bank officials with the borrower which led to the perpetration of the fraud.