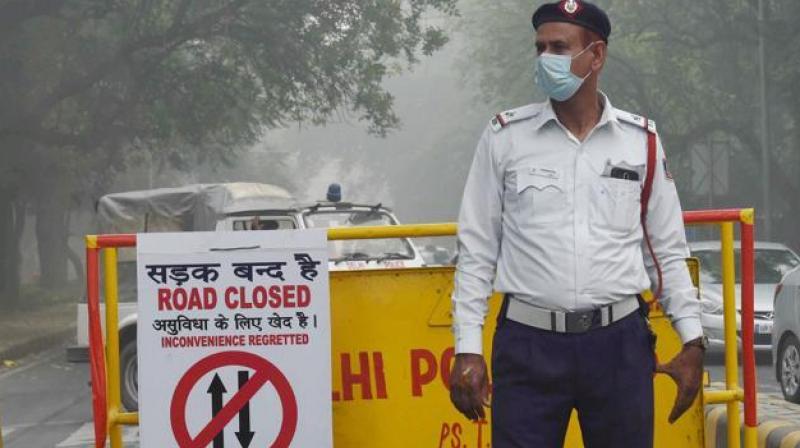 The federal government has spent 3.6 million rupees, or about USD 55,000, to buy air purifiers for Prime Minister Narendra Modi’s offices and at least 6 other departments between 2014 and 2017, according to government data reviewed by Reuters. (Photo: File/PTI)

New Delhi: As pollution choked Delhi in recent years, a total of 140 air purifiers were purchased for Prime Minister Narendra Modi’s offices and at least six other government agencies, according to previously unpublished government data.

The purchases came as Modi faced criticism for not taking effective steps to improve air quality in Delhi, one of the world’s most polluted cities.

Delhi Chief Minister Arvind Kejriwal, who belongs to an opposition party, called the city a “gas chamber” last year as levels of airborne PM 2.5, tiny particulate matter that can reach deep into the lungs, far exceeded levels classified as “hazardous.”

A British medical journal, The Lancet, has estimated air pollution was responsible for almost 10 percent of the total disease burden in India in 2016.

Each year, when pollution levels shoot up in the winter months, the capital’s schools are often forced to shut. Last year, all schools in the city were closed for five days.

A federal body that manages more than 45 government schools in the capital said it had made no purchases of air purifiers and had no plans to do so.

The World Health Organisation has recommended keeping windows closed when air pollution is high. It also says air conditioners should not be used if they draw air from the outside.

Asked if any steps were taken to safeguard school students from Delhi’s dirty air, Mall told Reuters: “I don’t think so, when pollution increased a lot, our schools were shut”.

The federal government, however, spent 3.6 million rupees, or about USD 55,000, to buy air purifiers for Modi’s offices and at least six federal departments between 2014 and 2017, according to government data reviewed by Reuters.

“This initiative is like giving gumboots to city officials when the drainage system collapses and the city is covered in muck,” said Oommen C Kurian, a health researcher at the New Delhi-based think tank Observer Research Foundation.

“This is just not the response we are looking for.”

A government spokesman directed questions on the subject to the federal environment ministry, which did not respond to a request for comment.

Modi’s office and the six departments for which data was available did not respond to Reuters’ queries.

Air purifiers are devices which use filters to reduce indoor air pollutants. Such machines are beyond the means of most people in India, where the annual per capita income was USD 1,709 in 2016, according to the World Bank.

Still, air purifier sales have been surging in Delhi, a city of more than 20 million people. The sale of such units at Amazon.com Inc’s India website grew by more than 3.5 times in 2017 over the previous year, the company said.

The home ministry spent about USD 20,000 in the last three years to buy 44 of the devices, while Modi’s parliament house offices accounted for 25 units which cost about USD 11,000, the data showed.

NITI Aayog, which also spent about $11,000 on air purifiers, said the devices were "issued to officers at the level of joint secretary & equivalent and above, as per their requests", according to a right to information response reviewed by Reuters.

A senior government official familiar with Modi’s pollution-control planning said there was no federal policy allowing officials to buy air purifiers and such purchases were made only if departments received requests from bureaucrats.

“Ideally, no one should need air purifiers and we’re trying our best to ensure that,” the official said, referring to the government’s attempts to improve air quality in Delhi.

After years of criticism that Modi’s government was not doing enough, this year’s federal budget outlined a scheme for pollution control that will include spending USD 177 million on reducing crop residue burning - one of the main causes of pollution.