Almost 80 per cent (79.7) of Class 5 students are not able to solve simple division sums. 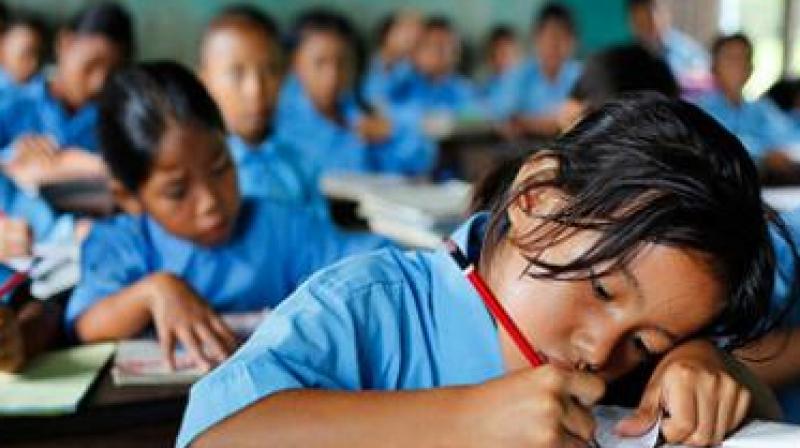 Mumbai: Three out of four Class 3 students studying in rural areas cannot solve a two-digit subtraction sum. Almost 80 per cent (79.7) of Class 5 students are not able to solve simple division sums. This, and more, was revealed in the state economic survey of 2016-2017.

The survey has quoted the figures of a survey conducted in 2016 on 26,393 students studying in schools of rural areas to check their ability to read simple text and do basic arithmetic. The survey’s aim was to thereby understand the status of schooling in rural areas. The survey was carried out in 973 villages of 33 districts covering 19,430 households and 26,393 students in the age group of three to 16 years.

Jayant Jain, president, Forum for Fairness in Education, said, “The education sector in the whole country is the most neglected sector. Every government comes out with some or other programme under which they claim education sector would be boosted but the fact is that the government institutions are losing out to private schools and colleges. When we talk about schools in rural Maharashtra, many of them do not have basic infrastructure like benches, classrooms, toilets and electricity. Many times classes of Class 1 to 4 are conducted in one class together.”

Prashant Redij, head of the Mumbai school principals association, said, “The question here is who is responsible for this situation today? We have in the past also said that certain policies of previous government are responsible for such apathy. You keep it compulsory for schools to not fail students between Class 1 to Class 8 and expect students to take education seriously? We have time and again requested the government that such type of policies should not be framed and strictness of a certain kind is required, otherwise nobody in childhood loves studying.”

As per the population census of 2011, about 1.63 crore adults (persons of age 15 years and above) in the state are illiterate. “To increase adult literacy ‘Sakshar Bharat Scheme’ has been implemented in the districts with female literacy lower than the national average or less than 50 per cent. The scheme is being implemented in 7,318 gram panchayats from 93 tehsils of 10 districts targeting 14.4 lakh illiterates,” the survey said.