India   All India  20 Mar 2017  4,000 resident doctors stay away from duty in Maharashtra hospitals
India, All India

4,000 resident doctors stay away from duty in Maharashtra hospitals

The doctors did not report to work to protest the two recent incidents - one in Dhule and another at the Sion hospital in Mumbai. 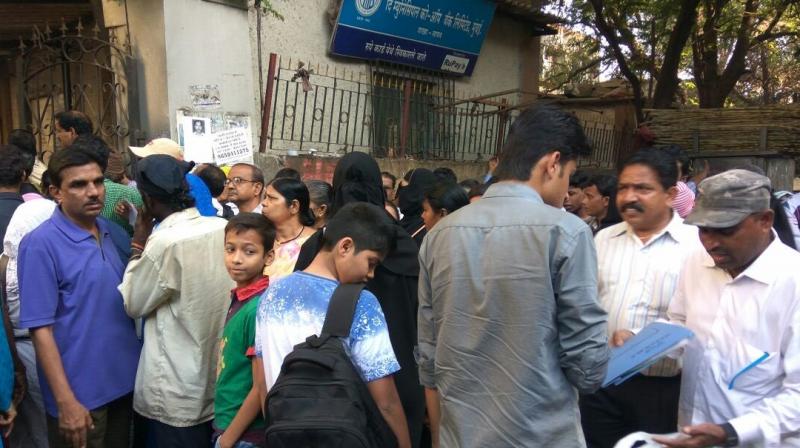 Mumbai: Over 4,000 resident doctors in Maharashtra's government hospitals stayed away from duty on Monday to protest the incidents of attack on their colleagues, affecting the public healthcare system, an official said.

The issue also came up before the Bombay High Court with an activist filing a petition seeking a direction to the doctors to report to work immediately.

The patients in various government-run hospitals faced the brunt as the doctors did not report to work.

At most of the hospitals, some senior resident doctors looked after the daily health check-ups of the patients, an official of the Maharashtra Association of Resident Doctors (MARD) said.

The emergency services were, however, not affected due to the doctors' protest, he added.

The doctors did not report to work to protest the two recent incidents - one in Dhule and another at the Sion hospital in Mumbai - where relatives of patients attacked the respective doctors in-charge.

"There are a couple of long-pending demands from the state government, including higher wages and more security at the government hospitals," a senior MARD official said on condition of anonymity.

"Both the demands have not been addressed to our satisfaction. Hence, we get attacked frequently and the state authorities fail to address the issue," he added.

The MARD had earlier assured the Bombay High Court that it would not give a call or go on a strike and would only hold peaceful demonstrations highlighting their grievances.

State Medical Education Minister Girish Mahajan said, "We are holding negotiations with the MARD members. There has been a substantial financial allocation in the state budget for infrastructure development.

"We are keen on increasing the number of doctors (in government hospitals) as well and have taken steps towards it. We need some time, so that the changes can be felt."

Meanwhile, social activist Afak Mandaviya today approached the Bombay High Court seeking a direction to the resident doctors across the state to call off their protest and report to work immediately.

The petition also sought a direction to the state government to look into the issue and take necessary action.

The petition is likely to be taken up for hearing by a division bench on Tuesday.

Mandaviya had earlier filed a public interest litigation highlighting the issue of doctors frequently going on strikes, causing inconvenience to the people.

"During the hearings on the PIL, the Maharashtra Association of Resident Doctors had assured the court that henceforth, it would not give a call or go on a strike anywhere in the state and would only hold peaceful demonstrations highlighting their grievances which included attacks on doctors by relatives," Mandaviya's lawyer Datta Mane said.

He contended that by refusing to report to work, the doctors were committing contempt of court.

Mane said the state government had assured the High Court earlier that it would provide police security at the state and civic-run hospitals to avoid such attacks on doctors.

"The government will have to inform the High Court what steps it proposes to take now," he added.