Though no date for beginning the construction of the temple was announced, Nritya Gopal Das and Mr Rai said it would commence soon. 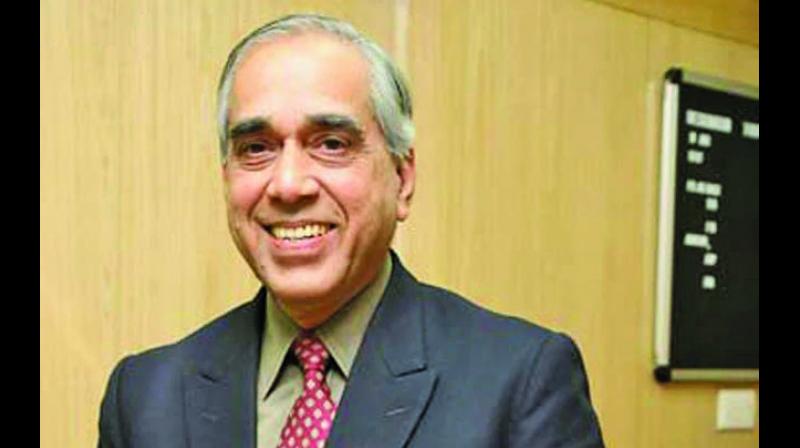 New Delhi: Thanking Prime Minister Narendra Modi-led NDA government for setting up the Shri Ramjanambhoomi Tirth Kshetra trust as stipulated by the Supreme Court, the trust in its first meeting on Wednesday appointed Mahant Nritya Gopal Das as its president, VHP functionary Champat Rai as its general secretary and the Prime Minister’s  former principal secretary, Nripendra Misra, as the head of the temple construction committee.

Though no date for beginning the construction of the temple was announced, Nritya Gopal Das and Mr Rai said it would commence soon. The trust also paid tributes to all those Rambhakts who struggled or got “martyred” during the struggle for Ram Mandir, which has been on, it said, “since 1528.”

The meeting, held at the trust’s office set up at the residence of senior advocate K. Parasaran, also appointed Swami Govind Dev Giri of Pune as the treasurer of the trust. The trust also decided to open an office in Ayodhya.

Appreciating the “positive steps” taken by the Prime Minister and the Central government, the trust also thanked the Centre and the Uttar Pradesh government for the “social harmony” that prevailed during the hearing of the case in the apex court. The main model of the temple, it was learnt, will remain the same as designed by the VHP three decades ago.

Other than paying tributes to the saints and seers who kept the “struggle” on, the trust, in its resolution, made a special mention of VHP’s late stalwarts — Ashok Singhal and Giriraj Kishore — who played a key role in the Ramjanambhoomi movement. The trust also hailed the efforts of “all those former Prime Ministers who had an important role in the struggle.”

“After 1947, the Ramjanambhoomi Mukti Campaign was the second biggest national campaign after the JP movement. We pay tributes to all those who participated in it. It was their efforts and struggle, which culminated in clearing the path for a grand temple of Lord Ram,” reads the resolution.

During the meeting it was also decided to open an account in Ayodhya’s State Bank of India branch for donations for the construction of the Ram temple.

Mr Modi had announced the formation of the 15-member trust in Parliament on February 5.

In his reaction to the decisions taken by the trust during its first meeting, BJP national president J.P. Nadda tweeted, “I salute the all saints, social organisations and activists associated with the movement and also the people of the country, who kept the struggle on for the last 500 years and whose efforts helped in reaching to its final stage...”