Asquith assures UK's commitment to remain very strong with India and hopes to have a successful ongoing partnership. 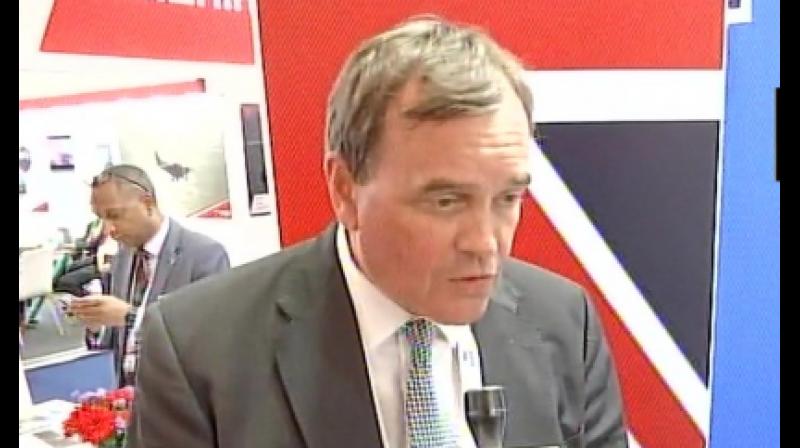 'We send our condolences and deplore terrorism wherever it takes place. Our commitment with India remains extremely strong,' said Asquith. (Photo: ANI/ Twitter)

Bengaluru (Karnataka): British High Commissioner to India Dominic Asquith on Wednesday said that the UK and India have suffered from terror attacks but commitments over investments between the two countries should not be affected.

“UK and India have suffered from terrorist attacks. So, what happened in India last week in Kashmir is something that we regret. We send our condolences and we deplore terrorism wherever it takes place. Our commitment with India remains extremely strong,” said Asquith, while talking to ANI exclusively.

“But we would never expect that because of these terrorist attacks the investors from the UK go away. Our commitment to India remains very strong and we will be successful partners even in the future as we have remained in the past,” he said.

“India is the second biggest defence exporter in the world and the UK is particularly interested in the possibilities that exist here,” Asquith said while expressing investment plans in the defence sector of India.

“Definitely, we would also like to convey our condolences about the terrorist attack that happened. Russia supports India in its fight against terrorism,” said Manturov.