Residents and passersby in the area were told not to venture out. 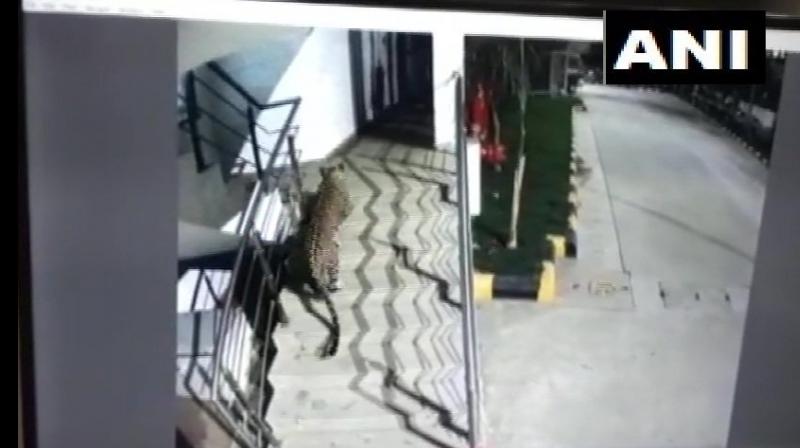 Panther was first seen in the parking area of Korum Mall in Thane by passersby, following which they alerted the police and forest officials. (Photo: ANI)

Thane: A panther was seen lurking at a popular shopping mall and a hotel in Maharashtra's Thane district this morning. CCTV cameras showed the panther hiding behind a staircase, before running into a dark corridor.

Residents and passersby in the area were told not to venture out, an official said.

The police and forest officials soon reached the mall, located in Thane's Samata Nagar, and after a hectic search for over two hours, they concluded that the panther must have escaped from the premises by jumping off its compound wall, Mr Kadam said.

The panther was later spotted by some people in the basement of a hotel located near the mall, he said, adding that efforts were being made to catch the animal.