Applauding India for trade potential, Trudeau said that there was an anxiety in the western world about the success of trade here. 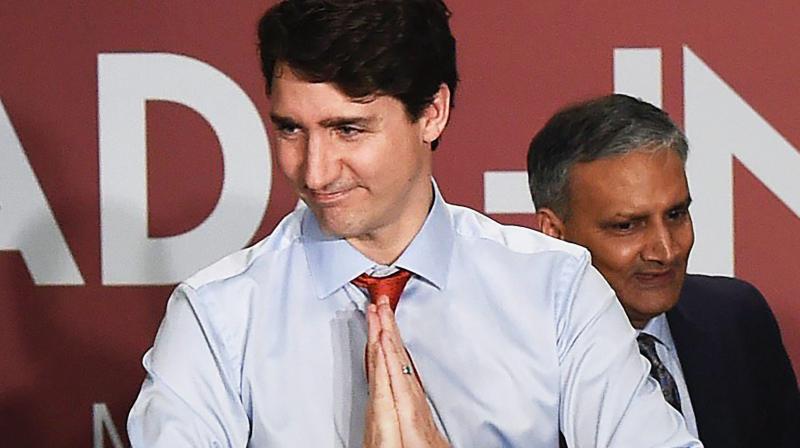 Mumbai: Canadian Prime Minister Justin Trudeau on Tuesday said that a people-to-people connection was important for the Indo-Canadian relations.

"(Chanda Kochar) think business to business or government to government, but I think people to people as several people come to Canada from India, students, and entrepreneurs. So, Indo-Canada for me is important for me in terms of people to people connect," Trudeau said in a conversation with Managing Director (MD) and Chief Executive Officer (CEO) ICICI Bank Chanda Kochhar in Mumbai.

While sharing the experience about his Taj Mahal visit, Trudeau said, "I was fortunate enough to visit India as a child with my father in my childhood with bodyguards but this time I came with my kids and I tried to make them understand the kind of transformation has taken place here."

The Canadian President amazed by the Indian diversity said this would let his children understand that diversity was not only in Canada but also in various other parts of the world.

Applauding India for trade potential, Trudeau said that there was an anxiety in the western world about the success of trade here.

"Canada is doing several trade pacts with various deals with other countries. Benefits of the trade should be shared with citizens and marginalised communities," he said.

"While the world is closing in for immigration, Canada is opening up and Canada has created success and will continue to do so. Canada can bring top talents from the world. Understanding the benefits of immigration will benefit," he added.

On Monday, speaking with the students at IIM Ahmedabad, the Canadian Prime Minister, who is on a week-long visit to India, said that women were facing discrimination, sexism, and judgment every day in their lives.

The visit is an opportunity for Trudeau to connect with the Indian leaders in the government and business, promote empowerment of women and girls, and strengthen Canada and India's close economic ties.