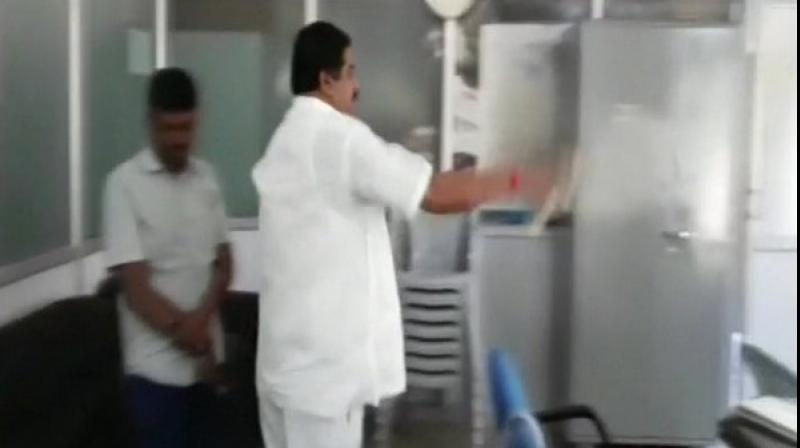 The video posted by local channels show Narayanaswamy splashing petrol from a bottle in the BBMP office at Bengaluru's Horamavu. (Photo: ANI)

Bengaluru: A case has been registered against Congress leader Narayanaswamy on Tuesday, who had thrown petrol and threatened to set ablaze Bruhat Bengaluru Mahanagara Palike (BBMP) office in Bengaluru.

According to reports, Narayanaswamy, a close aide of Congress MLA Byrati Basavaraj, took the grave step after a fake document which he submitted was rejected by an official.

The video posted by local channels show Narayanaswamy splashing petrol from a bottle in the BBMP office at Bengaluru's Horamavu.

The official had reportedly refused to provide a fake land document as per his demands.

Narayanawamy is also the block president of KR Puram in Bengaluru.

Basavaraj is said to be a close aid of Karnataka Chief Minister Siddaramaiah.