The Aam Aadmi Party refutes the allegations levelled by Delhi chief secretary Anshu Prakash and terms them as ‘ludicrous’. 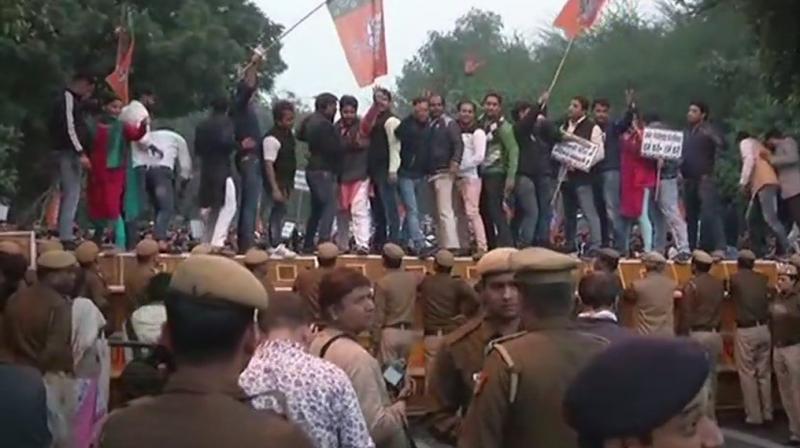 "The Ministry of Home Affairs (MHA) has sought a report on the incident from the Lieutenant Governor of Delhi. Justice will be done. A delegation of IAS DANICS and Subordinate Services of Delhi Government met me today (Tuesday) and apprised me of the prevailing situation," said Rajnath Singh.

The Union minister added, "I am deeply pained by the happenings involving the Chief Secretary of the Delhi Government. The civil servants should be allowed to work with dignity and without fear."

Delhi Chief Secretary said he was attacked in the presence of Arvind Kejriwal after being summoned for discussions on the government's plan to deliver key services to citizens' doorsteps.

However, the AAP refuted the allegations and termed them as ‘ludicrous’.

“Chief Secretary refused to answer questions saying he wasn't answerable to MLAs and CM and that he was answerable only to LG. He used bad language against some MLAs and left without answering any questions. Now he's making ludicrous allegations,” the party said.

AAP also said the chief secretary is making such allegations on the behest of the BJP.

Prakash reportedly went straight to Lieutenant Governor Anil Baijal's residence to complain about "misconduct and abuse" by the lawmakers, including Amanatullah Khan, a controversial politician who has been in trouble with the law in the past.

Meanwhile, Delhi Administrative Subordinate Services President DN Singh said they would not resume work till action is not taken against the AAP MLAs for manhandling the Delhi chief secretary.

He said "Today we will take out a candle march at Rajghat in protest."

In what could lead to a major confrontation between the Delhi government and the bureaucracy, the IAS (Indian Administrative Service) officers' association has called an emergency meeting to discuss a response to what they call the assault on a bureaucrat. The officers' body is said to be demanding a police case against the Kejriwal and the two AAP lawmakers.

Meanwhile, AAP MLA from Devli, Prakash Jarwal, also sent a complaint to the Lieutenant Governor office and Delhi Police commissioner seeking action against Prakash for his conduct at the meeting.

Jarwal alleged that the chief secretary used derogatory language against him and MLA Ajay Dutt when they asked him about problems in ration delivery.

Here is the full text of Delhi Chief Secretary Anshu Prakash's complaint letter to police over the incident of alleged assault by AAP MLAs.