Reports from Muzaffarabad also said that the PoK govt. has launched a comprehensive plan to accelerate the pace of hydropower development. 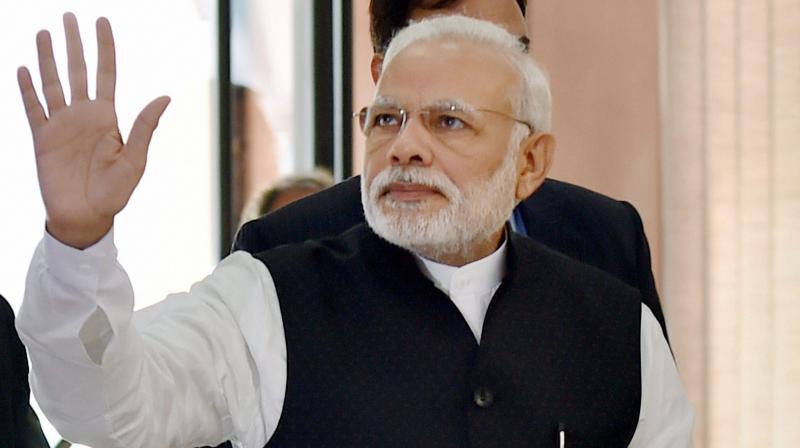 Srinagar: The government in Pakistan-occupied-Kashmir has begun work on a $2.4 billion hydroelectric power project on river Jhelum, which flows out from Kashmir valley.

The 1,124 MW (megawatt) project is the largest in the territory coming up at Kolhala, about 224 km from Muzaffarabad, the capital of PoK.

The China Three Gorges Corp., the largest hydropower enterprise in the world in terms of installed capacity, has been awarded the contract to build the dam and the powerhouse within six years, reports from Muzaffarabad said.

This comes weeks after Prime Minister Narendra Modi said that he was determined to stop the flow of water “on which India has its right” into Pakistan, and supply it to farmers in Punjab, J&K and other parts of the country.

Mr Modi had also reviewed the 1960 Indus Waters Treaty (IWT) in which he reportedly zeroed in on adopting an aggressive strategy to raise pressure on Pakistan.

His threat evoked a sharp reaction from Islamabad, which warned that reconfiguring the IWT would be construed as an “act of war”.

The neighbouring country’s de-facto minister for foreign affairs Sartaj Aziz said, “Pakistan will not accept Indian aggression in any form and any Indian step for disrupting water flow as upper riparian will pertain to considerable risk of war and hostilities.”

Islamabad also approached the World Bank, which was instrumental in brokering the IWT, to seek arbitration on pending disputes with India on the construction of Kishanganga hydroelectric project on river Kishanganga (called Neelam in Pakistan) and Ratle project on Chenab.

Reports from Muzaffarabad also said that the PoK government has launched a comprehensive plan to accelerate the pace of hydropower development.

It has also decided to construct a number of additional small hydro power plants through its own resources and with private investments in the territory.

The largest project being built at Kohala is part of the plan.