Glitch on Jet flight to UK triggers scare in Germany 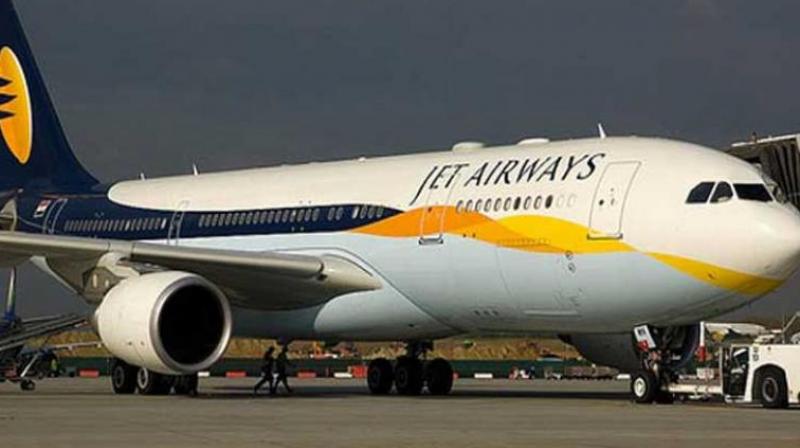 The pilots had reportedly not responded to German ATC callouts while the plane was over German airspace for almost 30 minutes. (Photo: PTI/Representational)

New Delhi: In a serious security scare, a Jet Airways aircraft with 345 persons on board had a temporary communications breakdown for “a few minutes” with German Air Traffic Control (ATC) on February 16 over Germany while flying from Mumbai to London, and was escorted by German Air Force fighter jets that were scrambled after the authorities there apparently panicked. The two pilots have now been derostered pending an inquiry, and a probe has been ordered. Reports said the incident took place while the aircraft was flying over the German city of Cologne. The flight later landed in London safely. TV channels on Sunday evening aired dramatic footage that appeared to be from social media platforms that showed German Air Force fighters intercepting and escorting the Jet Airways aircraft.

This is the second time in the past three years that a Jet Airways flight on the Mumbai-London sector has been in a communications breakdown with the ATC in German airspace. After the 9/11 terror attack in the US, aviation authorities worldwide are on alert if an aircraft loses its communications link with the ATC in the fear that such an aircraft may have been hijacked and may be used as a missile to hit targets on the ground.

In a statement on Sunday, Jet Airways said: “Contact between Jet Airways Flight 9W 118, from Mumbai to London Heathrow, of February 16, 2017, and the local ATC, was briefly lost while flying over German airspace. Communication was safely restored in a few minutes. As a precaution, the German Air Force deployed its aircraft to ensure the safety of the flight and its guests. The flight, with 330 guests and 15 crew, subsequently landed at London without incident. Jet Airways has duly reported the matter to the authorities, including DGCA. As part of the standard process, the flight crew of 9W 118 has been derostered pending investigation.”

Newswire reports back in 2014 said a probe by the DGCA found the pilots overlooked increasing the speaker volume after removing the headsets, resulting in a break in communications for almost 30 minutes. The pilots in their official deposition had then reportedly said they had removed their headsets.

In that incident, the German air traffic control DFS Deutsche Flugsicherung GmbH had reportedly shot off a complaint to the DGCA.

The pilots had reportedly not responded to German ATC callouts while the plane was over German airspace for almost 30 minutes.

As per the practice, German ATC then immediately informed the airline, which sent an SMS to the cockpit via ACARS (Aircraft Communications Addressing and Reporting System) fitted in the aircraft. The pilots responded to the SMS and apologised to the German ATC for not having responded earlier.