47-year-old Ritu Chhabra, principal of Swami Vivekanand school, was rushed to a hospital where she succumbed to her injuries. 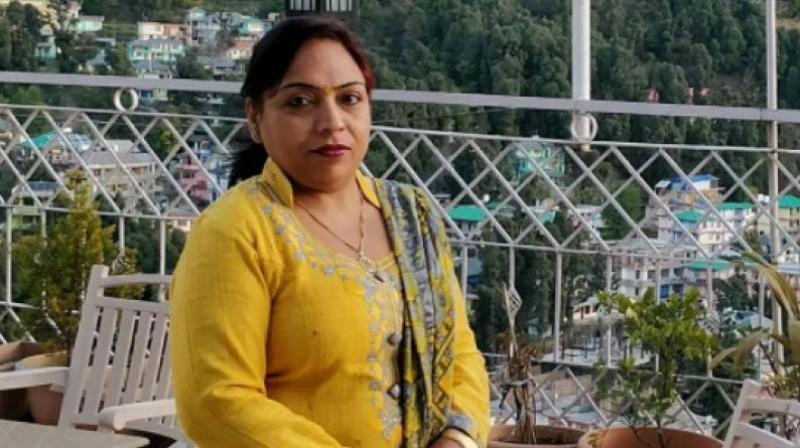 Critically injured, 47-year-old Ritu Chhabra, principal of Swami Vivekanand school, was rushed to a hospital where she succumbed to her injuries. (Photo: Facebook)

Yamuna Nagar: Livid at being reprimanded, a class 12 student on Saturday allegedly pumped four bullets into his school principal with his father's licensed .32 bore revolver at Yamunanagar in Haryana, police said.

Critically injured, 47-year-old Ritu Chhabra, principal of Swami Vivekanand school, was rushed to a hospital where she succumbed to her injuries, they said.

The four bullets hit her in the chest, stomach and shoulder, Yamunanagar Superintendent of Police Rajesh Kalia told PTI over the phone. The incident took place between 11:30 and 12 noon on Saturday.

After shooting the school principal, the 18-year-old commerce student tried to flee. However, a couple of parents, who were present for the parents-teachers meet in the school premises, caught hold him of with the help of locals, the SP said.

The student was thrashed by angry locals and then handed over to the police, an official said.

During preliminary investigation, the accused student told the police that he was upset with the school principal for allegedly reprimanding him a couple of times.

"He had a grudge against the school principal for reprimanding him few times in front of his class mates on the complaint of teachers," the SP said adding that he was not attending school for the past few days.

The SP said the police were also investigating whether the accused was taking drugs.

"He was supposed to attend his tuitions today. But rather than going to tuitions, he went to the school," the officer said.

As he was a school student, he was allowed to meet the school principal, SP Kalia said.

"He talked to the Principal for some time and then came out. He then again entered the principal's room and opened fire at her with the revolver," said the SP.

During investigation, it came to light that the student stole his father's licensed revolver by breaking the wooden Almirah at his home.

He took the revolver without the knowledge of his parents, Kalia said.

The accused student's father is a financier and a landlord in Yamunanagar, he said.

"He has confessed to his crime and weapon has also been recovered. He will be presented before the court the tomorrow," he said.

The accused student has been booked for murder under section 302 of the IPC, said the police.