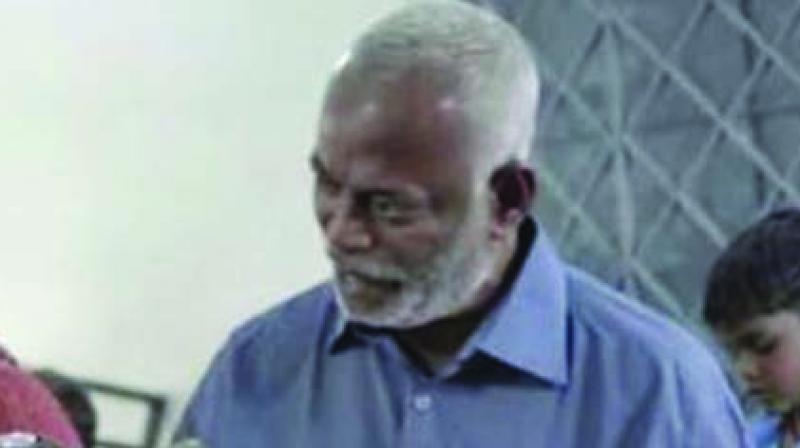 Bhubaneshwar: He is a tea-seller and earns a little over Rs 700 a day. But his meagre earning does not deter him from doing philanthropic work that is no less in spirit than the social activities undertaken by big corporate houses and various government agencies.

D. Parkash Rao, a Class 11 dropout who sells tea near Gopabandhu Bhawan at Buxi Bazar in Cuttack city, has received many accolades for his humanitarian work. He has delivered talks on humanitarian services in various cities in the country and abroad.

Mr Rao has set up a school, Asha-Aswaswana (Hope and Assurance), with a mission to uplift children of economically deprived sections of the society, including slum dwellers and daily-wage earners.

Founded in 2000 in his two-room tenement with just 20 students, the school has now 75 students, most of them are children of daily wage earners and domestic maids.

“I always live with a mission. I know I cannot do big things and donate huge sums of money for charity, but at least I can bring a change by imparting education to underprivileged children,” said Mr Rao.

The school has classes from pre-nursery to Class 3. Students passing out from the school get admission in local primary and upper primary schools.

Out of his monthly earning of Rs 21,000, Mr Rao pays arounds Rs 2,000 each to the four teachers he has engaged in the school and manages his family with the remaining sum. Frequently, students of reputed educational institutes in the city visit the school and teach the poor students.

Although he has received no governmental and any other assistance to run the school, Mr Rao, who is fluent in English, Hindi, Telugu, Bengali, Odia and Urdu, also serves food to the students from his meagre sources.

“My mother worked as a housemaid. We four siblings used to survive on a single meal a day. Sometimes, we starved. So, I decided to at least provide mid-day meal to my students,” Mr Rao said.

He said “When I was a student, I dreamt big — a good education and then a good job. However, poor financial condition forced me to give up my dreams. I began helping my father D. Krishna Rao, a World War-2 veteran, who ran a tea-stall to support a family of six members. I dropped out of Class 11. Now I don't have any regret of giving up my dreams. Educating these children gives me enough satisfaction."

Those supporting Mr Rao are all praise for him. “I saw Mr Rao's inspiring story on YouTube and read many stories about his social services in national and local newspapers. His sacrifice and dedication for the cause of education encouraged me to join the school as an honorary teacher,” said L. Madhuchhanda Sahoo, a masters degree holder in physics.

“I am associated with him for several years now. His mission to run a school for the underprivileged students from his meagre earnings is commendable,” Shyamsudar, a volunteer and a former student of Mr Rao’s school, said.

Mr Rao's work is not confined to shaping students into good citizens. A few years ago, Mr Rao suffered from tuberculosis in his spinal cord and paraplegia and was admitted in SCB Medical College, Cuttack.

During his treatment that continued for nearly six months, he found many rural patients struggling to get blood. After getting discharged, he decided to donate blood. Till today, he has donated blood as many as 213 times and blood platelet 17 times. He has been donating blood for more than four decades now.

Apart from focusing on education, he identifies the hidden talent in the slum children and grooms them. Some of the children have excelled in sports and other activities.

Many of my former students, who are now pursuing higher studies, are doing well in their respective courses and classes, Mr Rao said, with pride. “My mother worked as housemaid. We four sibling used to survive on a single meal a day. Sometimes, we starved.”