The firing continued overnight and the bodies of two killed militants were recovered- one foreign and one local Jaish terrorist. 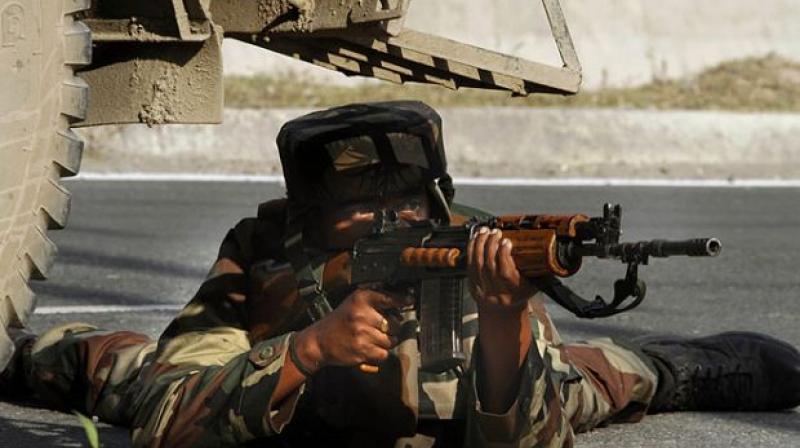 The search operation turned into an encounter as militants opened firing towards the security forces, an Army official said. (Photo: Representational/PTI)

Srinagar: Two Jaish-e-Mohammad (JeM) terrorists were neutralised in Jammu and Kashmir's Shopian district on Tuesday in a joint operation conducted by the Indian Army, police and CRPF, said the Inspector General of Police, Muneer Khan.

The Kashmir IG said that two jawans also got injured during the course of the operation.

"The militants firing continued till morning which was replied by the forces. In the morning, bodies of two militants - one foreign and one local Jaish militant - were recovered. We also looked for the third militant, but I think before the cordon was laid he must have escaped. It was group of Jaish militants," he said.

He further said that the operation that began on Monday night had been concluded.

Khan said that the operation was launched after getting information regarding the presence of militants in the Shopian area.

"Yesterday in the evening, we received an information regarding the presence of Jaish-e-Mohammad militants in the Shopian area. The information was further developed and it was confirmed that militants were there. A joint operation was conducted by the army (44 Rashtriya Rifles), Shopian police and CRPF. As soon as the security force reached there, militants opened fire and entered into two houses," he added.