n Tally took a huge hit in Saurashtra; Managed to retain urban and semi-urban voter base. 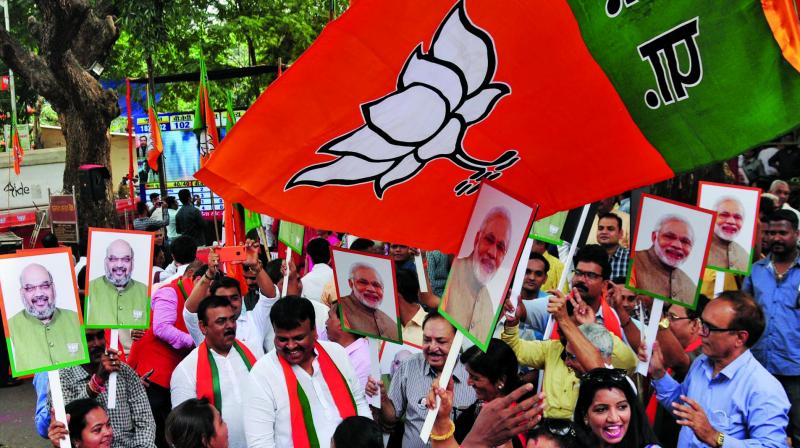 New Delhi: The BJP managed to win the Assembly elections in Gujarat despite an early scare, but took a huge hit in Saurashtra and rural Gujarat, which helped the Congress increase its tally.

An analysis of the results shows that the BJP retained its base in urban and semi-urban areas. It was the rural voters who deserted the party and shifted base to the Congress.

The saffron party won 55 seats out of 73 seats in urban areas; the Congress managed to get only 18 seats.  It lost five seats, notably — Jamnagar north, Rajkot south and Rajkot east, Mehmedabad, Himatnagar and Sanand.

In sharp contrast, rural Gujarat voted overwhelmingly in the Congress party’s favour leading to a gain of 23 seats.  Of a total 109 seats in rural constituencies, the Congress won 62 while the BJP got 43. However, it was its decent showing in North Gujarat which helped the BJP sail through.

The Patidar vote, which had become a major factor following the Hardik Patel-led agitation for reservation for the Patels, was split. Patidars living in urban areas voted for the BJP, while those residing in the rural regions cast their ballot for the Congress.

In the six districts of North Gujarat — Banaskantha, Patan, Sabarkantha, Mehsana, Gandhinagar and Aravalli — Patels could have had the decisive vote.

Unlike Saurashtra, where Leuva Patels outnumber the Kadvas, the Patidar outfit was banking on the Patel vote to remain united. PAAS is not the only player which focused on North Gujarat.

Deputy CM Nitin Patel and former CM Anandiben Patel all hail from the six districts of this region.  The BJP also seems to have benefited from the OBC votes.

Despite activist Alpesh Thakor joining the Congress, many OBCs voted for the BJP in order to check Patel power. This coupled with a split in Patidar votes helped the ruling dispensation.