The men allegedly beat up a 24-yr old student and his brother from Kashmir for not speaking in Kannada. 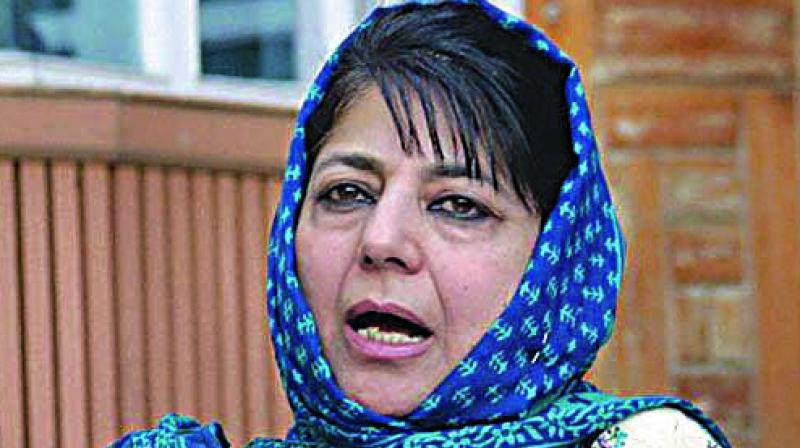 ‘Very disturbed by the news of 2 brothers from Kashmir being assaulted in Bengaluru,’ Jammu and Kashmir Chief Minister Mehbooba Mufti said. (Photo: File)

Srinagar/Bengaluru: Jammu and Kashmir Chief Minister Mehbooba Mufti on Tuesday said she was disturbed to learn that two brothers from Kashmir Valley were assaulted in Bengaluru for not speaking in Kannada. She demanded strict action against those involved in the incident.

“Very disturbed by the news of 2 brothers from Kashmir being assaulted in Bengaluru. I would urge the authorities to take strict action against the accused,” she wrote on Twitter.

A group of at least 10 men allegedly beat up a 24-yr old hotel management student and his brother from Kashmir, and damaged their car as they could not speak Kannada.

Based on the footage from a CCTV installed near the site of the incident, Bengaluru police have arrested two men and have launched a manhunt for others.

The brothers were allegedly targeted while they were returning home in their car after having dinner at Bhoopasandra around midnight on Monday. They had stopped their car near a bus stand at NTI Layout in Sanjay Nagar to attend a phone call.

The brothers told the police that four men on two bikes stopped near their car and asked them something in Kannada. They told the men that they were from North India and could not understand anything. The bikers then allegedly told the brothers that they would be allowed to leave the site only if they spoke in Kannada.

The men called some others to the spot and they together allegedly pelted stones at the brothers and their car. The alleged assaulters fled the spot when the duo called the police control room to report the crime.