Sanjay Kakade had earlier claimed that BJP would not win enough seats to form govt in Gujarat, despite most exit polls claiming otherwise. 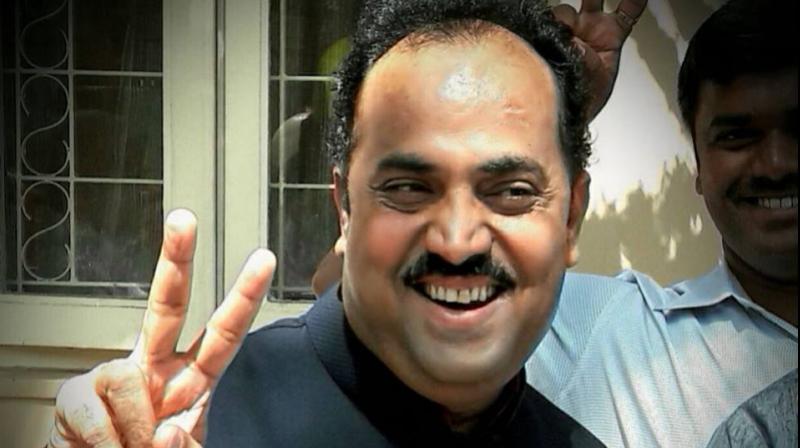 Kakade had claimed that his team conducted a survey in Gujarat and his claim for Modi's prediction was based on the outcome of that survey. (Photo: Facebook/@sanjaykakademp)

Pune: BJP MP Sanjay Kakade, who hogged the headlines for predicting a dismal show by his party in the Gujarat elections, had to eat his words after it won a majority in the 182-member state Assembly on Monday.

An embarrassed Kakade said he had not factored in the impact of Prime Minister Narendra Modi's "charisma" while making the prediction.

"We forgot to take into account the Modi charisma. Neither me nor my team factored that in our survey," the Rajya Sabha member told reporters in Pune.

"Modi's charisma did the trick. Modi is the real hero and I am zero," quipped Kakade, and said he is happy that his prediction has gone wrong.

Because of the Prime Minister, the BJP has created history in Gujarat, Kakade said.

Asked if his forecast amounted to anti-party activity, Kakade noted he had not said anything against the BJP.

Last week, despite most exit poll surveys predicting a BJP win in the Gujarat Assembly polls, Kakade had claimed that the party would not win enough seats to form government in the state.

"Forget absolute majority, the party will not even get enough number of seats to form the government. The Congress on the other hand will reach close to the majority mark," he had claimed.

"If at all the party retains power in the state, it will be only because of Narendra Modi," he said.

Kakade had claimed that his team conducted a survey in Gujarat and that his claim was based on the outcome of that survey.

"I had sent a team of six people to Gujarat. They mostly covered rural part of the state where they met farmers, drivers, waiters and labourers. Based on their survey and my own observation, I feel the BJP will not get absolute majority in Gujarat," he had said.