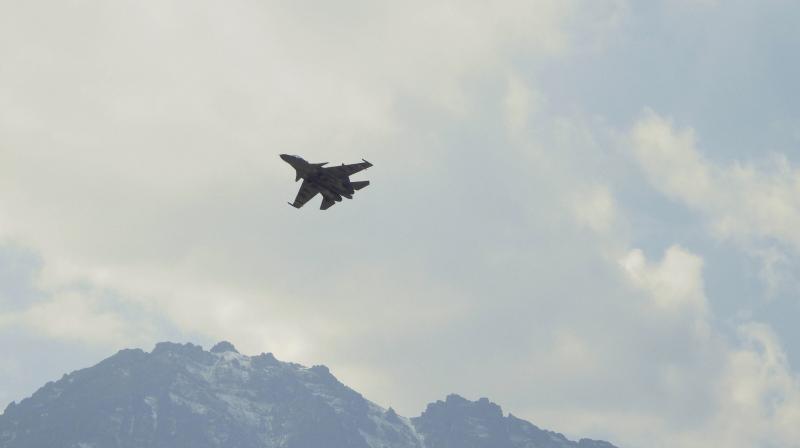 New Delhi: The Indian Army has completed establishing winter habitat facilities for all troops deployed in eastern Ladakh as the military standoff with China is in its seventh month, senior officials said on Wednesday.

This comes as temperatures in the forward bases in Ladakh have already reached below zero degrees Celsius. India has deployed around 50,000 troops in the area to tackle any threat that may emerge from the Chinese People’s Liberation Army.

The winter deployment in Ladakh is especially difficult due to the tough terrain, low temperatures and bone chilling winds, which make survival extremely difficult. “In order to ensure operational efficiency of troops deployed in the winter, the Indian Army has completed establishment of habitat facilities for all troops deployed in the sector,” the officials said. They added that apart from the “smart” camps with integrated facilities which have been built over the years, additional state of the art habitat with integrated arrangements for electricity, water, heating facilities, health and hygiene have been recently created in order to accommodate the troops.

The troops in the front line are accommodated in heated tents as per the tactical considerations of their deployment.

Also, adequate civil infrastructure has been identified to cater for any sudden emergency requirements.

The Indian Army had already been storing essential supplies for the winter deployment on a war footing. It has also received the first batch of winter clothing for its soldiers from the United States.

The altitudes in Ladakh range from the high to super high altitude and the area experiences up to 40 feet of snowfall, after the month of November. This, coupled with the windchill factor, is when temperatures dip down to minus 30-40 degrees. In addition, access by road also gets affected for a brief period, when taking any supplies to the forward areas is a logistical nightmare.