Assembly polls in Uttar Pradesh are scheduled to be held in 2022. 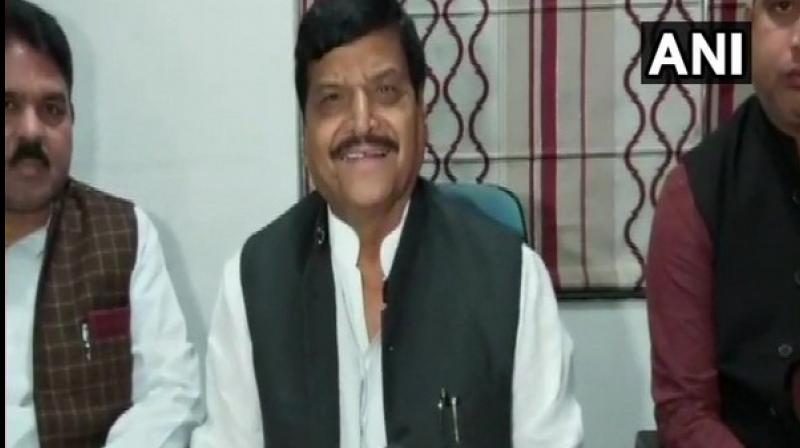 Shiv Pal Yadav also clarified that he is not willing to become the Chief Minister instead wants his nephew to hold the post again. (Photo: File)

Etawah: Shiv Pal Yadav, who formed his own party Pragatisheel Samajwadi Party (Lohiya) by breaking away from the Samajwadi Party (SP) on Tuesday announced he is ready to join hands with his estranged nephew Akhilesh Yadav for the next Uttar Pradesh elections.

He also clarified that he is not willing to become the Chief Minister instead wants his nephew to hold the post again.

"It is our priority to form a government in Uttar Pradesh in alliance with Samajwadi Party. I have said earlier too that I do not want to be the Chief Minister," he said while addressing the media.

"I want the family to unite on netaji's (Mulayam's) birthday (22 November). If the nephew understands, he will form the government. I want to see the nephew becoming the Chief Minister again. My priority is just the Samajwadi Party because we worked with Netaji for a very long time. Our ideology is also of socialist," he added.

Assembly polls in Uttar Pradesh are scheduled to be held in 2022. Over the past few months, Mulayam Singh Yadav had made efforts to bring his brother and son together following a non-satisfactory performance in the 2019 Lok Sabha polls.

The Samajwadi Party had allied with Mayawati's Bahujan Samaj Party for the parliamentary polls and the alliance won 15 seats while SP managed to win only 5 seats. The BSP had later broken off the alliance with SP.

Previously in the 2017 Assembly elections the SP had won 47 seats in the 403 member state assembly.