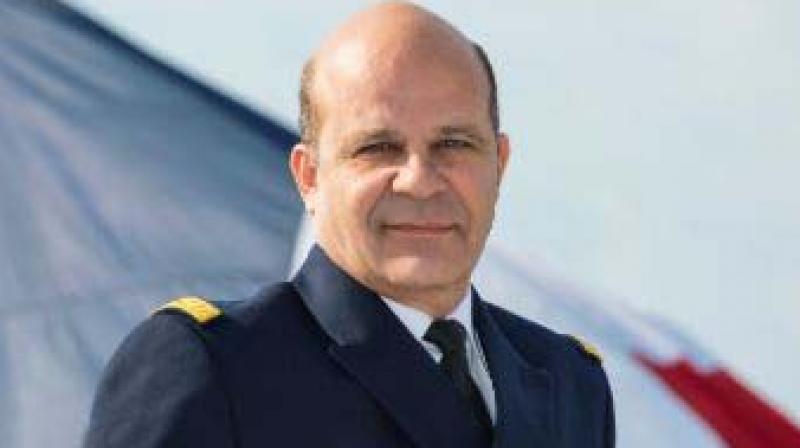 New Delhi: With France reportedly keen to now sell Rafale fighter aircraft for the Indian Navy, visiting French Naval Chief Admiral Christophe Prazuck on Monday said he was “extremely satisfied” with the performance of 42 Rafale aircraft in the French Navy that operate from French aircraft carriers. The French Naval Chief was speaking at thinktank Observer Research Foundation (ORF) in the Capital  on “French Strategic Vision of the Indo-Pacific”. Asked about his meeting with Indian Naval Chief Admiral Karambir Singh earlier in the day, Admiral Prazuck said the discussions involved the “whole spectrum of naval capabilities”, including the issue of the menace of “terrorism”.

India is already acquiring 36 Rafale fighter aircraft for the Indian Air Force. On the issue of whether Rafale aircraft could be acquired from France for the Indian Navy, Indian naval sources  said, “The Indian Navy’s fighter requirement is under examination”.

On the French strategy for the Indo-Pacific and France’s naval relationship with the “Quad” countries — the United States, India, Japan and Australia — Adm. Prazuck said France had close naval ties individually with all the Quad countries. The Quad, short for “Quadrilateral” refers to the four-nation informal grouping that stands for freedom of navigation in the Indo-Pacific region. “France is not a member of the Quad but is working closely with each member of this group,” Adm. Prazuck said.

Even though France is situated in Europe, it is also regarded as an Indian Ocean country since a few island territories in the region are part of France.