The Cong prez said Indira Gandhi was 'one of the greatest' as she fought for secularism and against all kinds of divisive forces. 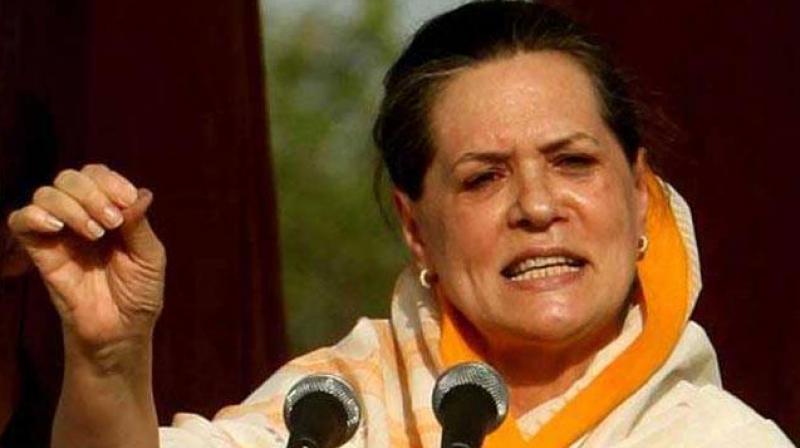 New Delhi: On the birth centenary of Indira Gandhi, Congress President Sonia Gandhi on Saturday described her as a prime minister for whom there was only one religion – that all Indians were equal children of the motherland.

The Congress president said Indira Gandhi was "one of the greatest" as she fought for secularism and against all those forces seeking to divide the people on the lines of religion and caste.

"For her, as the prime minister, there was one religion, a sacred creed passionately held -- that all Indians were equal children of the motherland," Sonia Gandhi said at a function at 1, Safdarjung Road, the official residence of the former prime minister.

The former prime minister fought not for her personal ascendancy but for her principles and against vested interests, the Congress president said.

"She fought for secularism, against all those forces seeking to divide the Indian people on lines of religion and caste. She gloried in the rich diversity of India, its profound democratic and secular values," Sonia Gandhi said.

The Congress chief, who along with former president Pranab Mukherjee and ex-prime minister Manmohan Singh, was present at the event, said Indira Gandhi fought for the poor and the weak wherever they were being oppressed and were denied their rights; she toiled for their material well-being.

"I have heard Indiraji being referred to as the 'Iron Lady'. But iron was only one of the elements in her character; generosity and humanity were just as prominent traits," Sonia Gandhi said.

"She fought, yes -- but not for personal ascendancy. She fought for her principles, against vested interests and agendas. She could not tolerate any form of bullying, coercion and unfairness. That was fundamental to her character. That is what inspired her in all her battles- those she took on and those that she faced," the Congress president said.

At the event, Manmohan Singh unveiled a special catalogue on Indira Gandhi, bringing out her fond memories.

On the occasion, an exhibition on the former prime minister titled 'A Life of Courage' was organised by the Indira Gandhi Memorial Trust.

Sonia Gandhi said in the 16 years that were given to Indira Gandhi to lead the country, she had to confront many challenges, from the endemic problems of combating poverty and inequality to the critical ones of war and terrorism.

She faced them all with courage, fortified by her dedication to making India strong, united and prosperous.

In all her efforts she was sustained by the faith reposed in her by her fellow countrymen and women, the Congress president said.

Indira Gandhi, the first woman prime minister of the country, was born on this day in 1917 in Uttar Pradesh's Allahabad.