ISPR made a surprise claim that on November 14, an Indian submarine entering Pakistani waters “was detected. 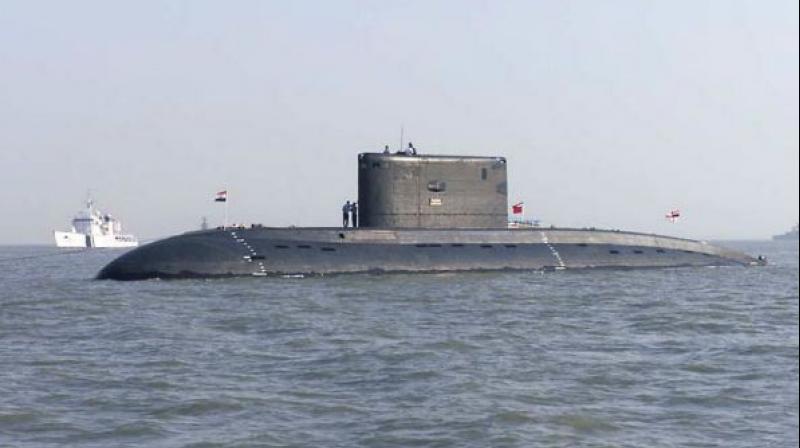 ISPR had also posted a grainy black and white video of a submarine’s periscope and antennae go underwater.

On Friday, ISPR, the public relation arm of the Pakistani military, made a surprise claim that on November 14, an Indian submarine entering Pakistani waters “was detected and localised south of Pakistani coast on November 14. Thereafter, despite submarine’s desperate efforts to escape detection, it was continuously tracked by Pakistan Navy and pushed well clear of our waters”.

ISPR had also posted a grainy black and white video of a submarine’s periscope and antennae go underwater.

Interestingly, Pakistan’s Army Chief Gen. Raheel Sharif had claimed that the Pakistani Army killed 11 Indian soldiers on November 14 while responding to India’s “unprovoked firing”. And in another rare admission, the ISPR claimed seven Pakistani soldiers had also been killed in Indian shelling on November 9.

Clearly, the Pakistani establishment is on a media offensive in an effort to blunt India’s proactive criticism of Pakistan’s continued support to militants and terrorists in the international fora amid a sharp spike in tension between the two nuclear-armed neighbours.

Delving into the phenomenon, a serving senior military officer told this newspaper: “Of late Pakistan has made several false claims. This is largely a result of their late realisation of the power of social media, which they want to use and misuse to the hilt. Also, in today’s pervasive world of social media, there is no chance to hide or to deny casualties.”

“And by owning up losses on their side too, Pakistan is also trying to play the victim card by painting India as the perpetrator. This can also be a message to US that Pakistan is fighting US’ war in its western frontiers near Afghanistan”, the official added.