Rahul Gandhi further said that the UPA during its rule in 2004 to 2014 had made the Indian economy number one in the world. 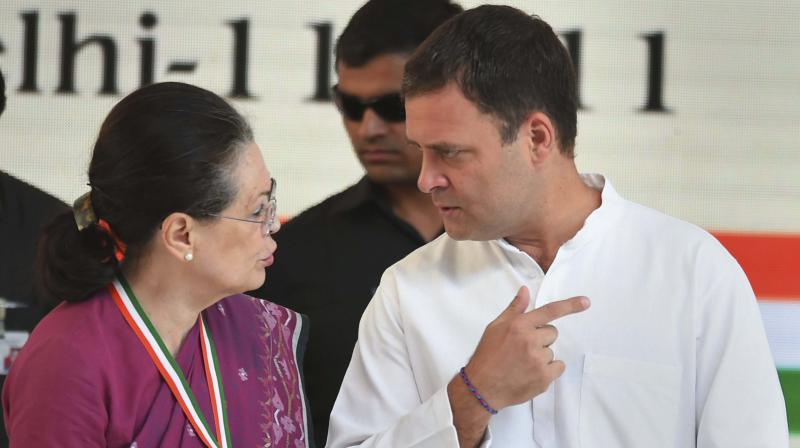 New Delhi: Congress President Sonia Gandhi on Friday skipped her only scheduled rally for the upcoming Assembly polls in Haryana with her son and former party chief Rahul Gandhi replacing her in a last minute decision.

Mr Gandhi, who Haryana Congress chief Kumari Selja said rushed to the rally at Mahendragarh in Haryana at a last minute’s notice, continued with his direct attack on Prime Minister Narendra Modi going to the extent of saying “Narendra Modi does not understand economics”. He said that the Prime Minister was trying to divert attention from real issues facing the country.

The former Congress president began his address by informing that Mrs Gandhi has viral fever and had hence asked him to address the rally instead. To Ms Selja he said: “Even if you inform me at the last second, I will come”.

Though he kept the focus on the state of the economy and high level of unemployment, he kept up his direct attack on Prime Minister Narendra Modi, a strategy which many in the Congress party have expressed doubt upon.

“Unemployment is the highest in the last 40 years. You ask the youth of the country what do you do and they say we do not do anything. There is no work left. Narendra Modi works for the billionaires of the country. He diverts attention of the people, then takes away lakhs and crores of rupees and gives it to these businessmen. In Haryana, no loans were waived off. Congress has done it in Madhya Pradesh, Rajasthan and Chattisgarh. But, Mr Modi has waived off the loans of only corporate houses”.

Mr Gandhi further said that the UPA during its rule in 2004 to 2014 had made the Indian economy number one in the world. India was competing with United States and China. Now, the rest of the world is making fun of India. The country’s poor needs to be given money to kick-start the economy, he said.

The MP from Wayanad said that some visiting American economists had told him that MGNREGA and loan waiver were the key to India’s economic growth, but Mr Modi had criticsed MGNREGA in Parliament.

Blaming demonetisation and GST for the current state of the economy, he said: “Mr Modi took away all the money from farmers and labourers through demonetisation”.

He promised women in Haryana 50 per cent reservation in panchayats and 30 per cent quota in jobs and asked people  to vote for Congress if they wanted to “jump-start” the economy in Haryana.

He also slammed the media, saying it was scared and not showing the truth. “Media persons say ‘we know the truth but we can’t show it because we will lose our jobs’”.