INX case: Why Indrani Mukerjea was pardoned from CBI chargesheet

The chargesheet was filed on Friday when the SC reserved its order against Chidambaram. 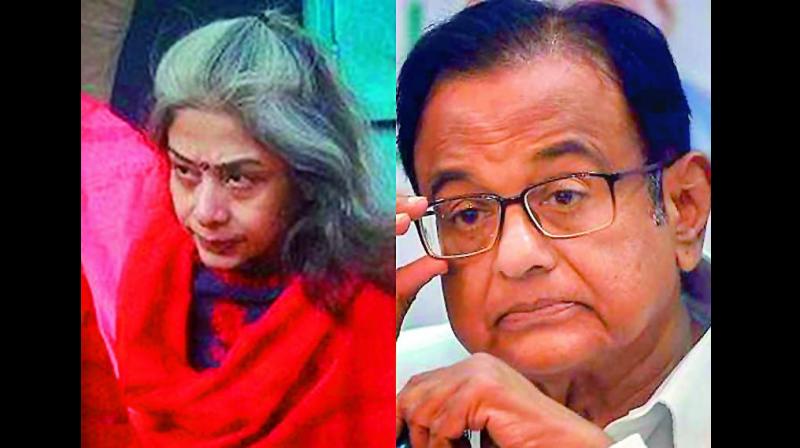 According to the CBI, Indrani has not been included in the chargesheet as an accused since her application for becoming approver and grant of pardon has been accepted by the court on 11/07/2019. (Photo: File)

However, Indrani Mukerjea, former promoter of INX media and accused-turned approver in the case, was spared the charges on grounds of being pardoned by a Delhi Court, CNBC TV18 reported.

According to the CBI, Indrani has not been included in the chargesheet as an accused since her application for becoming approver and grant of pardon has been accepted by the court on 11/07/2019.

The chargesheet has names of 14 accused people including former minister P Chidambaram and son Karti.

Besides the father-son duo, the chargesheet has named S Bhaskararaman, Karti's chartered accountant and Peter Mukerjea, the then director of INX media.

The chargesheet was filed on Friday when the Supreme Court reserved its order against Chidambaram who has spent two months in jail since his arrest on August 21, denying him bail.

The chargesheet was filed before Special Judge Lal Singh on Friday. The matter will be further followed up on October 21 by special judge Ajay Kumar Kuhar.

The report was filed under sections 120-B (criminal conspiracy), read with 420 (cheating), 468 (forgery for purpose of cheating), 471 (using as genuine a forged document or electronic record) of IPC and various sections of the Prevention of Corruption Act, including section 9 (taking gratification, for exercise of personal influence with public servant).

The maximum punishment for these offences is 7 years.

Chidambaram is currently being scrutinised by the Enforcement Directorate (ED) in a related money laundering matter.