In a first, Gujarat woman gives birth after uterus transplant

28-year-old Meenakshi Walan who had undergone a uterus transplant gave birth to a baby girl at a private hospital in Pune on Thursday. 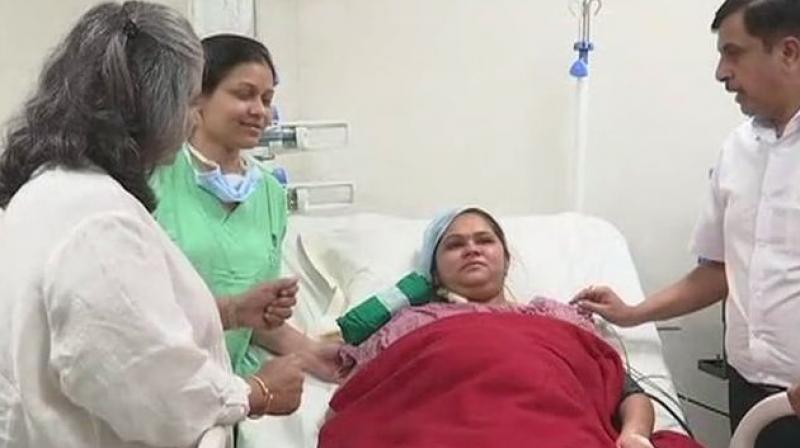 Pune: A 28-year-old woman who had undergone a uterus transplant gave birth to a baby girl at a private hospital in Pune on Thursday.

A doctor who treated her claimed that it was the first such case in the country.

Meenakshi Walan, resident of Vadodara, underwent the transplant in May 2017, said Dr Neeta Warty, one of the doctors who oversaw the delivery.

Walan's mother donated her uterus to her daughter as Walan's uterus had become non-functional following a miscarriage, she said.

After the transplant surgery, Walan conceived through in-vitro fertilisation (IVF) method, she said.

Walan delivered a baby girl at Galaxy Care Hospital, where she had undergone the transplant earlier, through a cesarean delivery.

Dr Warty claimed that this was the first-of-its-kind delivery not only in India but the "Asia-Pacific region".

"Nine such transplants and deliveries have taken place in Sweden, two in USA and now this is the 12th in India," she claimed.