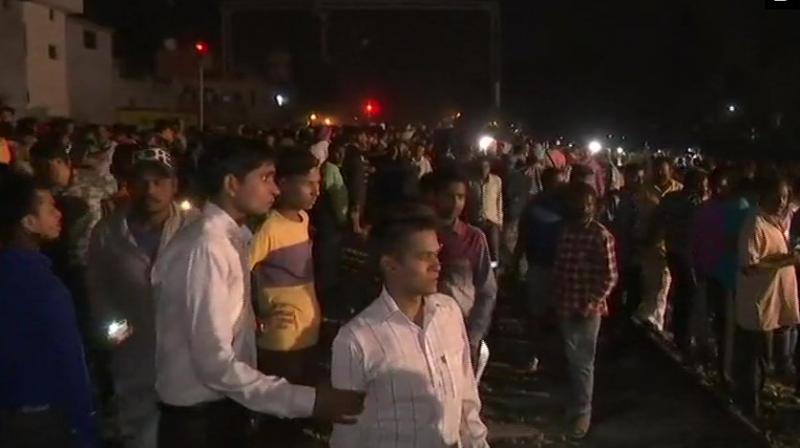 Amritsar: At least 52 people were killed after a train ran over a crowd of Dussehra revellers as they were watching the burning of Ravana’s effigy standing on a railway track near Amritsar in Punjab Friday evening.

As Ravana's effigy was lit and the fireworks went off, a section of the crowd retreated towards the tracks. A large number of people were already standing there to watch the procession.

However, two trains arrived from the opposite direction at the same time giving little opportunity to people to escape, officials told news agency PTI. Several people were killed after one of the trains ran over them.

According to reports, people were mowed down as they could not hear the hooting of the train due to the exploding crackers.

Rajesh Sharma, Sub Divisional Magistrate Amritsar, said 52 people have died and at least 72 injured have been admitted to Amritsar hospital.

Severed bodies, including of many children, were still lying on the accident site hours after the incident with angry people not allowing authorities to remove them.

The train was coming from Jalandhar to Amritsar when the incident occurred in the evening at Joda Phatak. At least 300 people were at the spot watching 'Ravana dahan' at a ground near the tracks, PTI further said.

The Dussehra celebration was organised by the Congress party without permission, an eyewitness told news agency ANI.

“Navjot Singh Sidhu's wife was the chief guest at the celebrations and she continued to give a speech as people were struck down by the train," the eyewitness alleged.

However, Navjot Kaur Sidhu denied the allegation and said she had left the site before the accident took place. She also said that people doing politics over the incident should be “ashamed”.

The chief minister is also rushing to Amritsar to personally supervise relief and rescue operations. He has also announced a compensation of Rs 5 lakh to the kin of each deceased and free treatment to those who are injured in government and private hospitals.

Prime Minister Narendra Modi expressed sadness over the tragic incident and said that he has asked officials to provide required assistance immediately.

Extremely saddened by the train accident in Amritsar. The tragedy is heart-wrenching. My deepest condolences to the families of those who lost their loved ones and I pray that the injured recover quickly. Have asked officials to provide immediate assistance that is required.

Union Home Minister Rajnath Singh also expressed shock over the incident and assured all possible help to the state government.

I spoke to Home Secretary of Punjab and DGP of the state regarding the train accident in Amritsar. They are rushing to the spot. Centre is ready to provide all possible assistance to the state at this hour of grief.