The award includes a casket containing an engraved copper plaque, a shawl and an amount of Rs 1,00,000 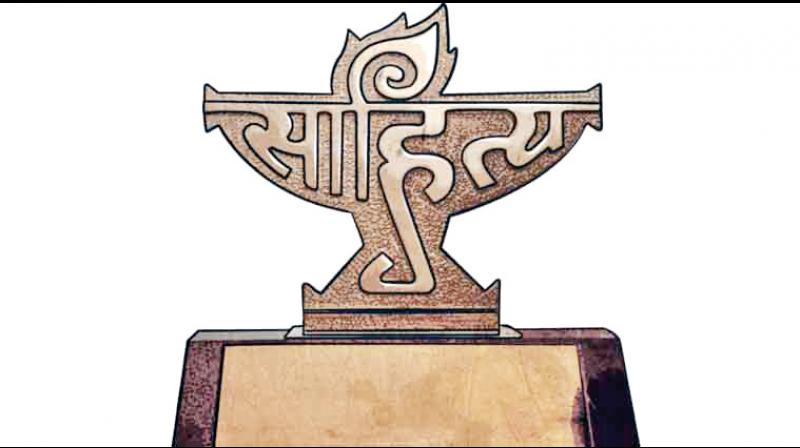 New Delhi: Politician-writer M Veerappa Moily and poet Arundhathi Subramaniam were among the 20 authors who received the Sahitya Akademi Award for 2020 at a ceremony here on Saturday.

While Moily received the prestigious award for his epic poetry 'Sri Bahubali Ahimsadigvijayam' in Kannada, Subramaniam won the award for her poetry collection, "When God is a Traveller", in English.

The Akademi has named Gian Singh (Dogri) and Jetho Lalwani (Sindhi) the winners for their plays, while Mani Shankar Mukhopadhyay, popularly known as Shankar received the award for memoir (Bengali).

The award, which includes a casket containing an engraved copper plaque, a shawl and an amount of Rs 1,00,000, was presented at the award presentation function.

The executive board also announced the Sahitya Akademi Translation Prize 2020 in 24 Indian languages on Saturday.

The English translation of Kannada novel 'Ghachar Ghochar', written by Vivek Shanbhag and translated by Srinath Perur, and the Hindi translation of Thiruvalluvar's 'Thirukkural' by T E S Raghwan won the award among 22 others.

"The books were selected on the basis of recommendations made by the Selection Committees of three members each in the concerned languages in accordance with the rules and procedure laid down for the purpose," the National Academy of Letters said in a statement.

The translation prize carries an amount of Rs 50,000 and a copper plaque which will be presented to the translators of each of these books at a special function to be held sometime later this year, it said.