The police also filed a supplementary chargesheet, bringing back the murder charge, based on a fresh medical report. 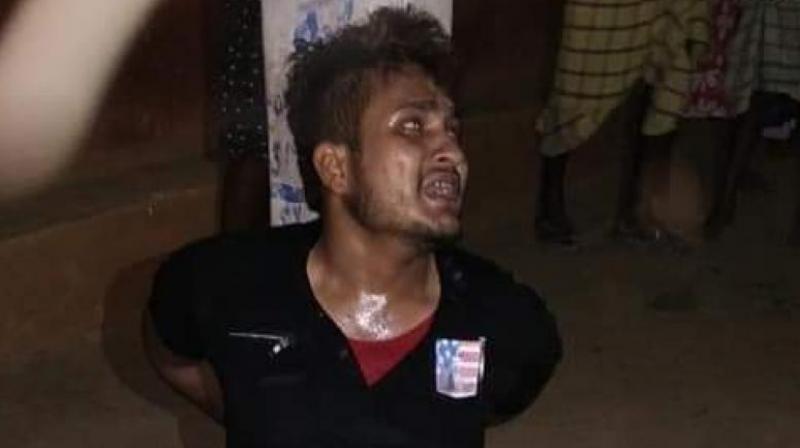 On September 10, the police had dropped murder charges and converted it to culpable homicide not amounting to murder on the basis of postmortem, medical and forensic reports which said Tabrez Ansari died of cardiac arrest.

An official, justifying the murder charge in the supplementary chargesheet, told news agency PTI that the police took a second opinion of specialist doctors as the previous medical report stating the death was caused due to cardiac arrest was not clear.

According to reports, the statement said that since the cause of cardiac arrest was not clear, police sent the entire report to a board of doctors at MGM Hospital.

"On the basis of main findings, we opined that (1) The fracture of bone is grievous injury caused by hard & blunt object. (2). The combined effect of fracture of bone, pale organs and heart chambers full of blood resulting into cardiac arrest," the report by fresh board of doctors said.

In the first chargesheet, the Jharkhand police said, “opinion on the cause of death” was kept “reserved” in the viscera report. And on invoking the murder charge under Section 302 of the IPC, police said they had “additional evidence” like the opinion sought from a second medical board of directors, which opined that Ansari’s death was due to the combined effect of “injury and cardiac arrest” and that the video was not tampered with.

A welder, Ansari (22) was accused of theft by a mob in Dhatkidih village of Sarikela-Kharsawan on June 18. He was tied to a pole and forced to chant “Jai Shri Ram, Jai Hanuman”. Police later arrested Ansari and booked him on theft charges while doctors at the Sadar Hospital declared him “fit for travel”.

Four days later, Ansari died while being rushed to hospital after he collapsed inside jail. On June 18, Tabrez Ansari was travelling with friends when around 5 km from his home a mob accused him of stealing a motorcycle. He was tied to a pole and beaten for over seven hours before being handed over to the police.

The police as well as doctors who initially examined Tabrez Ansari were held responsible for his death by a three-member team led by Saraikela-Kharwan Deputy Commissioner Anjaneyullu Dodde set up to probe its cause. "While the police reached late, the doctors did not diagnose the skull injury correctly," the report, which came out in July, said.