The complain was filed against the woman employee who was accused of cheating, criminal intimidation and criminal conspiracy. 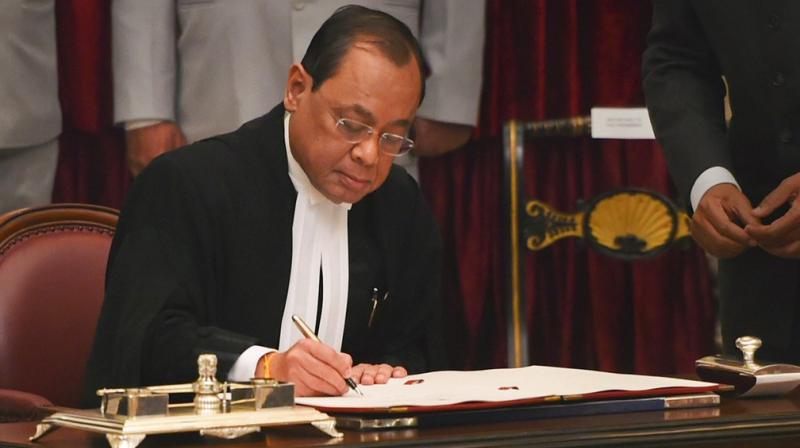 New Delhi: An alleged cheating case against the Supreme Court staffer who had accused the Chief Justice of India Ranjan Gogoi of harassment was closed by Delhi Court on September 16.

The court order in the Rs 50,000 cheating case came after the complainant told the judge he was satisfied with the investigation conducted by the police, Hindustan Times reported.

The complainant, Naveen Kumar, had filed a cheating case of Rs 50,000 against the woman employee who was accused of cheating, criminal intimidation and criminal conspiracy.

The woman was also arrested by the police on March 10 and bail was granted on March 12 after which the investigation was transferred to the Crime Branch of the Delhi police.

On September 16, Naveen Kumar, was present in the court along with the Investigating officer Mukesh Antil when the court took up the closure report filed by the police last week.

Chief Metropolitan Magistrate Manish Khurana accepted the closure report after the complainant Naveen Kumar, told the court that he does not want to pursue the case further and the report may be accepted.

The court accepted the statement of the complainant while closing the case.

“In view of the facts and circumstances, statement given by the complainant and the investigation conducted by the police in the present case, the Closure report filed in the present case is hereby accepted,” the court said in its order.

In April this year, the woman employee had alleged sexual harassment by the CJI, following which an in-house committee was constituted to decide on the claims made by her. Later, the panel had given a clean chit to Gogoi.