India   All India  19 Sep 2017  Will probe if Dawood Ibrahim was involved in brother Kaskar's extortion racket: police
India, All India

Will probe if Dawood Ibrahim was involved in brother Kaskar's extortion racket: police

Iqbal Kaskar used to issue threats in the name of his brother, Dawood Ibrahim, the police said. 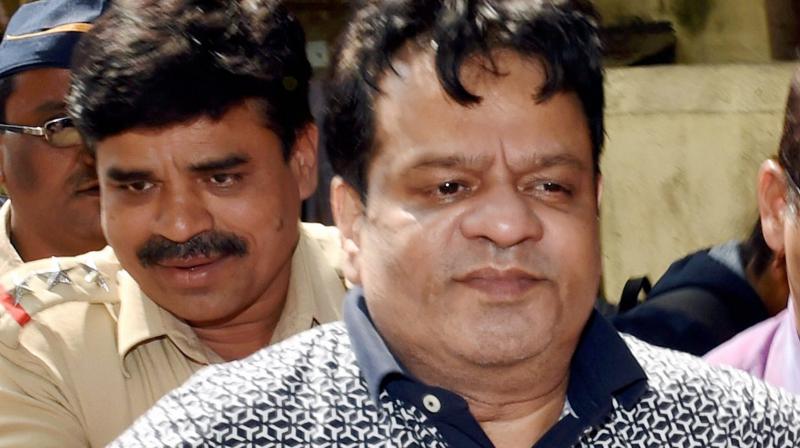 The police are also investigating if there is involvement of any politicians or corporators in the extortion rackets. (Photo: PTI)

Thane: A day after arresting Iqbal Kaskar, Thane court on Tuesday sent him and two others to police custody for eight days.

Addressing media on Tuesday, the police said they are investigating whether Dawood Ibrahim was involved personally in his brother's extortion rackets.

"Whether Dawood Ibrahim had an indirect or a direct involvement in this extortion racket run by Iqbal Kaskar will be probed," Param Bir Singh, the Police Commissioner of Thane, said.

Iqbal Kaskar used to issue threats in the name of his brother, Dawood Ibrahim, the police said.

"Iqbal Kaskar was arrested from his sister Haseena Parkar's residence. Three people have been arrested and they are being questioned. Threats were given in name of Dawood, sometimes shooters were brought from outside and some were brought from Bihar to forcibly evacuate properties," he added.

The police are also investigating if there is involvement of any politicians or corporators in the extortion rackets.

"The special team arrived at the residence of Kaskar's sister where around 9:15-9:30 pm when he was watching television and having biryani. He was shocked seeing the police," Thane Police Commissioner said.

Reportedly, Kaskar was nabbed against a complaint given by a builder who was facing extortion threats since 2013.

Besides Kaskar, two others, namely Israr All Jamil Sayyad and Mumtaz Eizaz Shaikh, were also arrested.

The builder was under huge debt post demonetisation and hence, decided to reach out to the police for help.

Reportedly, Kaskar had been threatening builders on behalf of Dawood and was demanding huge extortion money.

The builder was taken into confidence and a complaint of extortion video under Section 384, 386, 387, 34 was registered at Kasarvadavali Police Station.

Four flats worth Rs 5 crores in Rosa Bella society and 30 lakhs cash amount were extorted by the gang of lqbal Kaskar from the builder.

The calls for extortion were given to the builder when he purchased a plot in Thane.