Honeypreet's name has been included in the same FIR in which other Dera functionaries have been booked for inciting violence and arson. 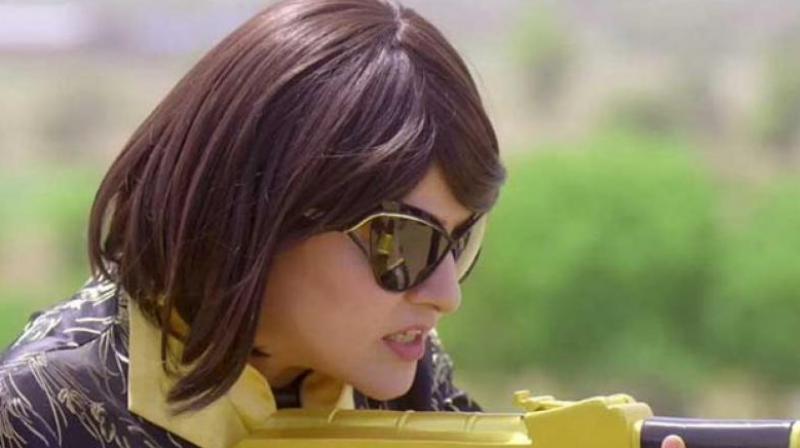 Honeypreet has been booked at Sector 5 police station in Panchkula.

The police added her name in FIR number 345 as an accused in connection with the violence that took place in Panchkula on August 25.

"She is an accused in the case now," said Panchkula Police Commissioner A S Chawla.

Her name has been included in the same FIR in which other Dera functionaries Aditya Insan and Surinder Dhiman, among others, had been booked for allegedly inciting violence and arson, police said.

"Our efforts are on to nab her (Honeypreet)," Haryana DGP B S Sandhu said on Tuesday.

Asked about reports that Honeypreet is in Nepal, the DGP said there was no concrete information in this regard.

"We are verifying each and every information, which we are getting," the DGP said.

Several teams have been sent to different locations and Haryana Police was also in touch with police of other states to search Honeypreet.

Haryana Police has also been questioning arrested Dera functionaries including Dilawar Insan and Pradeep Goyal to get concrete information about her place of hiding.

Dilawar Insan, a key member of the Dera was arrested from Sonipat while Pradeep, another Dera functionary was nabbed from Udaipur in Rajasthan by Haryana Police.

On Monday, the special investigation team of Haryana Police questioned Dera Sacha Sauda's spokesperson Vipassana Insan in Sirsa about the whereabouts of Honeypreet.

Police initiated efforts to trace Honeypreet following the questioning of another arrested functionary of the sect Surinder Dhiman Insan in connection with an alleged conspiracy to facilitate Dera chief's escape after he was convicted for raping two disciples.

An FIR was earlier lodged in Panchkula police station following a statement by a newspaper reporter against Aditya and Surinder Dhiman Insaan. The duo were booked for sedition.

Police had also said that they needed to question Honeypreet on the basis of certain other disclosures of Surinder.

Police have already issued a lookout notice against Honeypreet and Aditya Insan.

Honeypreet had accompanied Ram Rahim when he was taken to Sunaria jail in Rohtak through chopper following his conviction in rape case on August 25. After that she went into hiding.

Violence had broken out in Panchkula after the Dera chief's conviction, leaving 35 dead, while six others were killed in incidents in Sirsa.