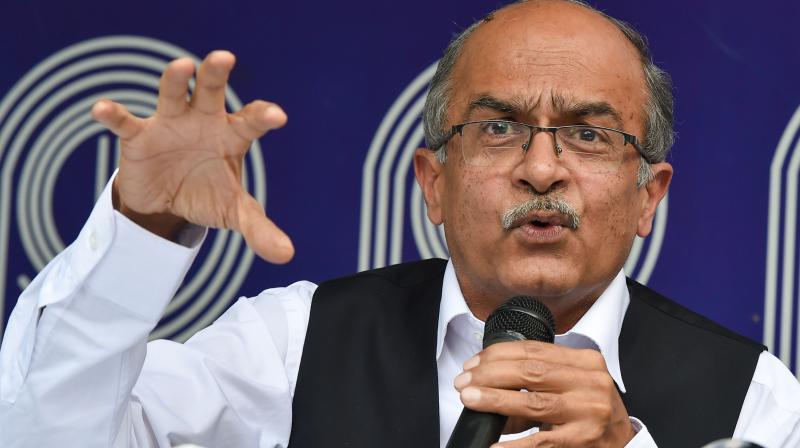 New Delhi: Senior lawyer Prashant Bhushan on Wednesday filed an application before the Supreme Court seeking deferment of the hearing on his sentencing with respect to the contempt of court case, till a review petition is filed and considered by the court.

The Supreme Court had, in its judgment on August 14 this month, held Prashant Bhushan guilty of criminal contempt and fixed for August 20, hearing on the arguments on sentencing in the case.

During the hearing of another contempt case against him, Bhushan had earlier this week submitted before the Supreme Court that he will file a petition seeking review of its August 14 judgement holding him guilty of contempt of court.

Bhushan was held guilty of contempt of court for two of his tweets, the first one posted on June 29, related to his comment /post on a picture of CJI Sharad Arvind Bobde on a high-end bike worth around Rs 50 lakh.

In his second tweet, Bhushan expressed his opinion on the role of last four CJIs amid the state of affairs in the country.

"When historians in the future look back at the last 6 years to see how democracy has been destroyed in India even without a formal Emergency, they will particularly mark the role of the Supreme Court in this destruction, and more particularly the role of the last 4 CJIs," Bhushan's second tweet on June 27, said.