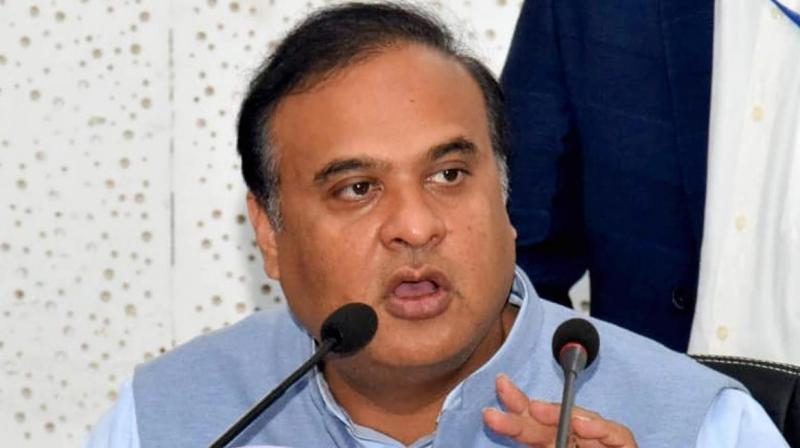 Guwahati: The Assam government on Tuesday announced to gift a scooty to 22000 girls who passed class 12 examination with first division from the state board  this year under the Pragyan Bharati scheme of the state government.

Announcing that each scooty will cost something in between Rs 50,000 to 55000, Assam education minister Himanta biswa Sarma told reporters that they had announced this scheme in the state budget to which they are going to implement now.

“22,000 girl students had secured first division marks in the Higher Secondary examination and we will now gift a scooty to every single one of them so that they can travel to their respective colleges,” said the education minister clarifying that students will not be able to sell the gift for next three years.

Informing that department has decided to hand over the scooty to the students by October 15, the minister said that the government, however, will not provide the cost for registering the vehicles and helmets.

He also announced that each teacher, professor, and every other employee associated with the educational institutions of the state government will have to go for the compulsory COVID-19 test from August 21.

“From the 21st of this month till August 30, all the employees associated with the education sector shall be compulsorily tested for the COVID-19 for the well-being of the students,” said education minister who also directed that all the teachers and employees of his department must report back to the places where their respective schools or colleges are located by September 1.

"They must report back to the places where their respective institutions are located by September 1 with a COVID-19 negative report. Otherwise, it will be treated as a leave without pay", he said.

On the decision to re-opening the schools and colleges, Mr Sarma said that the situation is being "closely monitored", and the decision will be taken on the basis of the Central Government's assessment and permission.

“Since this is a national disaster, we are waiting for the Government to give its nod to reopen schools and colleges. As soon as we get the assent, we will notify within 24 hours,” said the education minister stressing the necessity of re=opening the schools and colleges at the earliest.

The minister also announced provincialisation of a large number of schools and colleges and appointment of more than 7000 school teachers in different phases. (EOM)