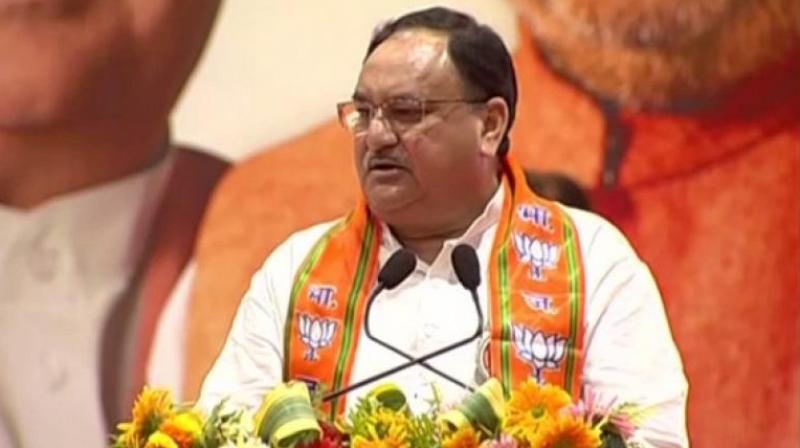 Nadda welcomed people who are willing to join the BJP and signed on their membership forms. (Photo: ANI)

Nadda, who is the former Union Minister of Health and Family Welfare welcomed people who are willing to join the BJP and signed on their membership forms.

He also planted trees at B R Ambedkar Junior College in Baghlingampally.

A press note released on Saturday from BJP's headquarters in Delhi had said that Nadda will reach Hyderabad and address a rally at the Exhibition ground where membership drive was scheduled.