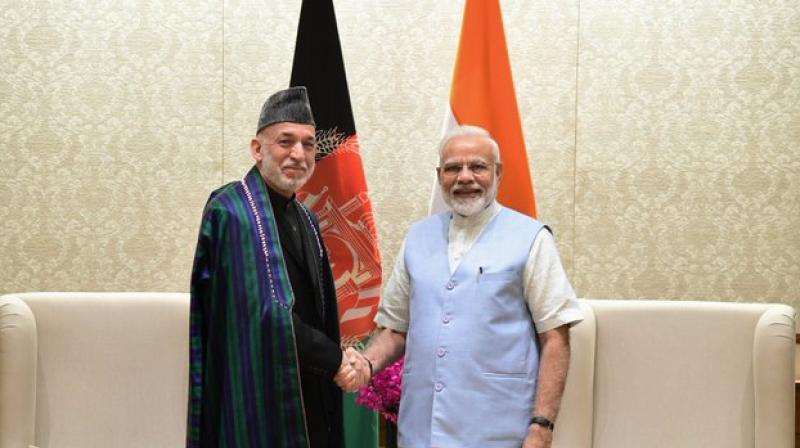 "The prime minister reiterated the continued support of India for peace, security and stability of an inclusive, united, truly independent and democratic Afghanistan," according to a statement from the Prime Minister's Office.

The former president thanked India for strong all-round support and expressed happiness at the extraordinary goodwill between the people of the two countries.

In a telephonic conversation with US President Donald Trump on Monday, Modi reiterated New Delhi's longstanding and unwavering commitment to work for united, secure, democratic and truly independent Afghanistan.

Addressing the nation from the ramparts of the Red Fort on Independence Day, the prime minister said, "Afghanistan is a good neighbour of India, and I wish the country for celebrating 100 years of independence this year."