ED unhappy with Farooq Abdullah’s reply, to question him again 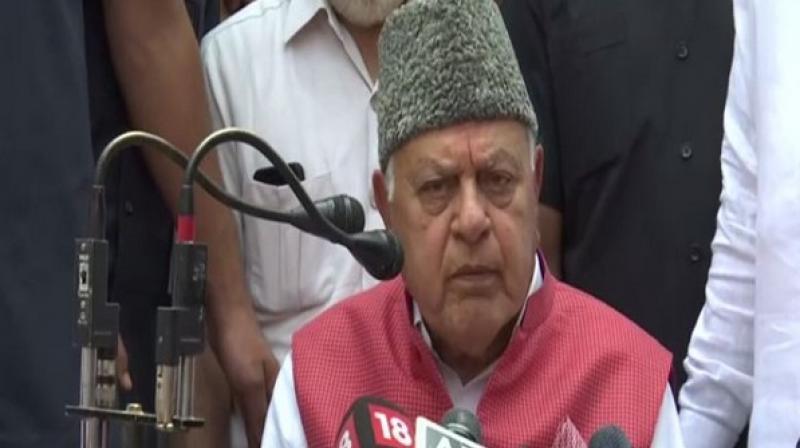 New Delhi: Tough days are ahead for National Conference president and former chief minister of Jammu and Kashmir, Farooq Abdullah, as the Enforcement Directorate (ED) is once again preparing to examine him in connection with its money laundering probe into the alleged financial irregularities in the state’s cricket association.

“The agency sleuths are not satisfied with the reply given by Abdullah during his questioning on July 31 in Chandigarh. He may be called for questioning again”, sources said adding that he may be examined in front of another accused Muhammad Saleem Khan (former general secretary) of the Jammu and Kashmir Cricket Association (JKCA).

There are allegations that Abdullah and three others misappropriated over Rs 43 crore from grants given by the Board of Control for Cricket in India (BCCI) to the JKCA for promoting the sport in the state between 2002-11.

“It was alleged that the BCCI had given Rs 112 crore (approx) to JKCA from the year 2002 to 2011 as grant for the promotion of game of cricket in the State, out of which Rs 43.69 crore (approx) was siphoned off and misappropriated by the accused persons,” sources said.

The CBI has already charged Abdullah and three others — the then JKCA general secretary Md Saleem Khan, the then treasurer Ahsan Ahmad Mirza, and J&K Bank executive Bashir Ahmad Misgar — under sections of the Ranbir Penal Code related to criminal conspiracy and criminal breach of trust. The chargesheet was filed by the CBI in July last year. The CBI had taken over the case from the state police in 2015 on orders of a division bench of the Jammu and Kashmir High Court. Abdullah and his son Omar Mr Abdullah has earlier denied any wrongdoing.

The CBI had said that during its investigations it surfaced that modus operandi of the accused for siphoning off funds of JKCA was to get issued cash credit certificates against remittances received from BCCI and avail the loans and, thereafter, get the loan accounts closed in order to misappropriate the loan proceeds in question.